With three races on the schedule, the ninth round of the 2017 British Superbike Championship at Silverstone was always expected to be a tense affair as the six Showdown spots were finalised. But few could have imagined it would turn out to be as dramatic as it was with the autumnal British weather – and slippery surface – playing a huge part.

In previous years, one or two riders have always gone into the Showdown as clear favourites but not this time around. No riders have dominated the ‘qualifying’ rounds – as seen by the highest number of wins by a single rider being just five – whilst no-one has a vastly larger number of podium credits.

Byrne and Haslam had weekends to forget at Silverstone with both suffering two race crashes as the rain fell at the Northamptonshire venue. The first race in particular was unusual as it saw half of the circuit soaking wet and half of it bone dry. Tyre choice became a real issue as some of the leading riders sought to get the race delayed, Byrne later blasting the race official’s decision to start the race.

Those on full wets benefited and Glenn Irwin was able to claim his maiden BSB victory but whilst Saturday’s race was dramatic that was nothing compared to Sunday’s two encounters. The first saw fortunes between the riders fluctuate but the third and final race saw just seven riders remain upright as the remainder of the field crashed out.

Dan Linfoot followed Irwin into the record books as a first-time BSB winner and staying upright was a huge challenge. Rain always brings dramatic races but the grip levels on the GP circuit were unusually low as low temperatures and previous car races left the circuit in treacherous condition. Dean Harrison, making his BSB debut, reckoned a manhole cover had more grip than Silverstone! 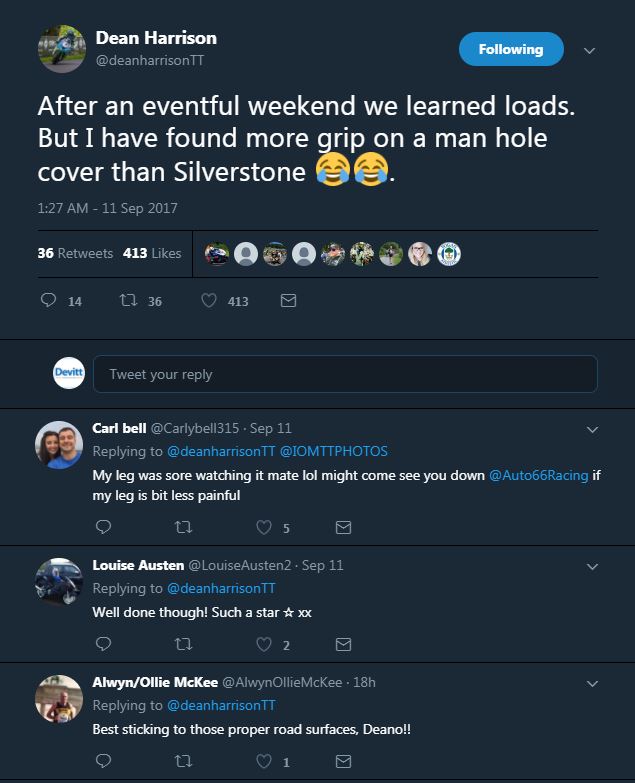 The man to benefit most from the three races was Josh Brookes despite the Australian crashing himself in the final race. He claimed first and second in the two other races to claim the most podium credits out of any of the Showdown contenders and that means he’s only seven points adrift of leader Byrne.

It’s been an up and down season for the Anvil Hire TAG Yamaha rider and he must be rueing the crashes he had at Thruxton and Brands when at least first and second looked on the cards – if he’d have achieved that, he’d be leading the championship. As it is though, he’s still in a very good position as he heads to three of his favourite circuits particularly with Byrne and Haslam especially in indifferent form.

Heading into Silverstone, many felt that five out of the six Showdown spots wouldn’t change and it would ultimately come down to a battle between Luke Mossey, Jake Dixon and Christian Iddon for the final place.

Mossey had been in the top six since round one but a heavy practice crash at Thruxton ruled him out of rounds seven and eight and he was still far from fit at Silverstone. Iddon, meanwhile, had shown blistering form in the wet and looked more than capable of clawing back the points needed whilst Dixon was bidding to become the youngest ever rider to make the Showdown.

The 21-year old did just that despite 2017 being his first full year in the Superbike class. And although the final race saw positions change regularly, Dixon rode a stunning race to keep his cool and belie his tender age to finish third in, arguably, some of the most difficult conditions ever faced by a BSB grid. Both Iddon and Mossey crashed out and must now contend themselves with fighting it out for the BSB Riders Cup – awarded to the rider who finishes seventh overall – instead.

After the trials and tribulations of Silverstone – not to mention the damaged bikes that need to be repaired – the Showdown contenders now have to regroup very quickly as round ten takes place at Oulton Park this weekend. As all of them made reference to in the final press conference at Silverstone, this is where it gets real and the next seven races will ultimately determine who will be crowned 2017 British Superbike Champion.

If you would like to find out more about the BSB then you’ll find everything you need to know in our dedicated guide!