If you like your bikes to have a distinctly retro feel then you will love everything about the Suzuki GSF1200 Bandit.  It looks pretty sleek for a bike of this calibre but the engine is something straight out of the 80s; bulletproof and torquey and designed to just keep on going.  It isn’t the most economic bike on the market although later models of the GSF1200 Bandit have improved on this but if economy is what you are after then you’d probably give the GSF1200 Bandit a miss anyway.

The GSF1200 Bandit is a decent bike which handles well on most roads.  It’s the ideal commuter bike and can acquit itself in both low gear and when gunning it on the open road and offers plenty of power for the average rider.  Vibration can be something of an issue and the suspension is only average, but it isn’t the worst model on the market.  At the end of the day, the Bandit isn’t a sports bike by any stretch of the imagination but if you want a bike which will draw the eye and sounds as good as it looks then the Bandit is a good place to start.

It is possible to purchase a used Bandit for somewhere between £2,500 to £3,500 and this is a good deal considering the versatility of the GSF1200 Bandit.  It’s a fun bike to ride and offers enough that you could use it for the daily ride to work alongside taking it out for a ‘real’ ride on the weekends without an issue. 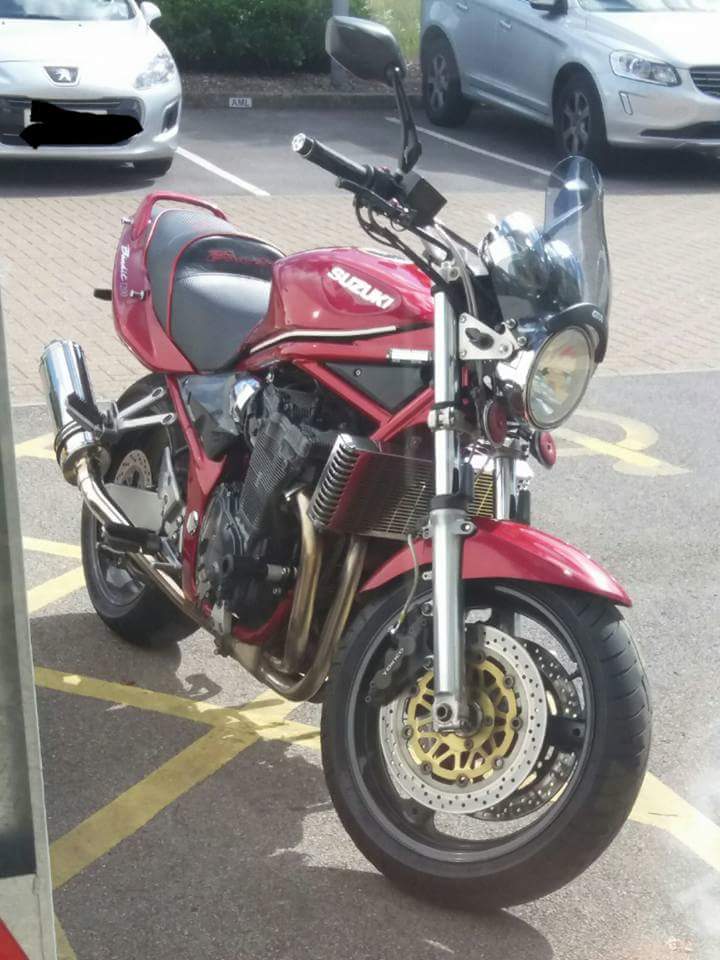 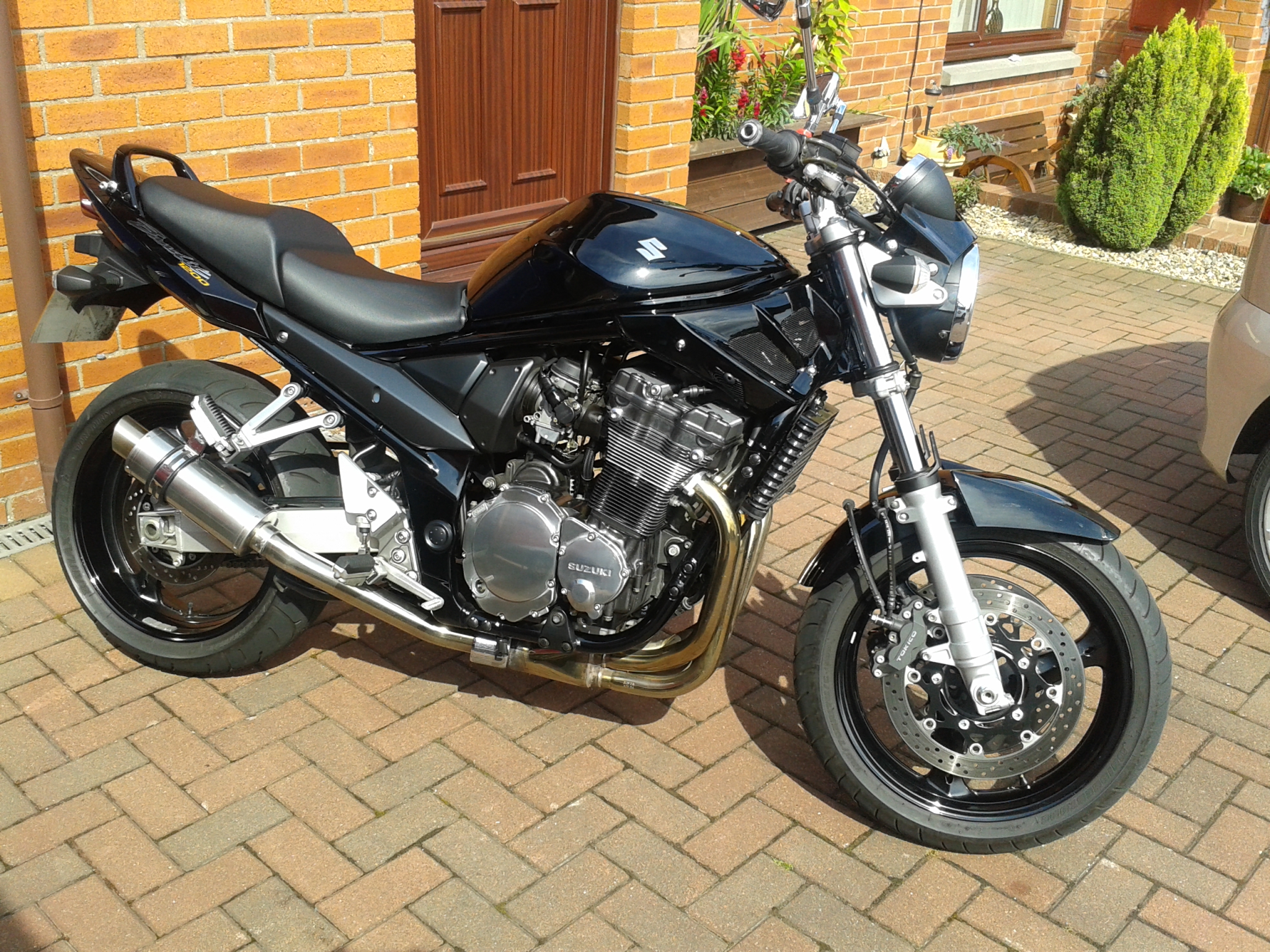 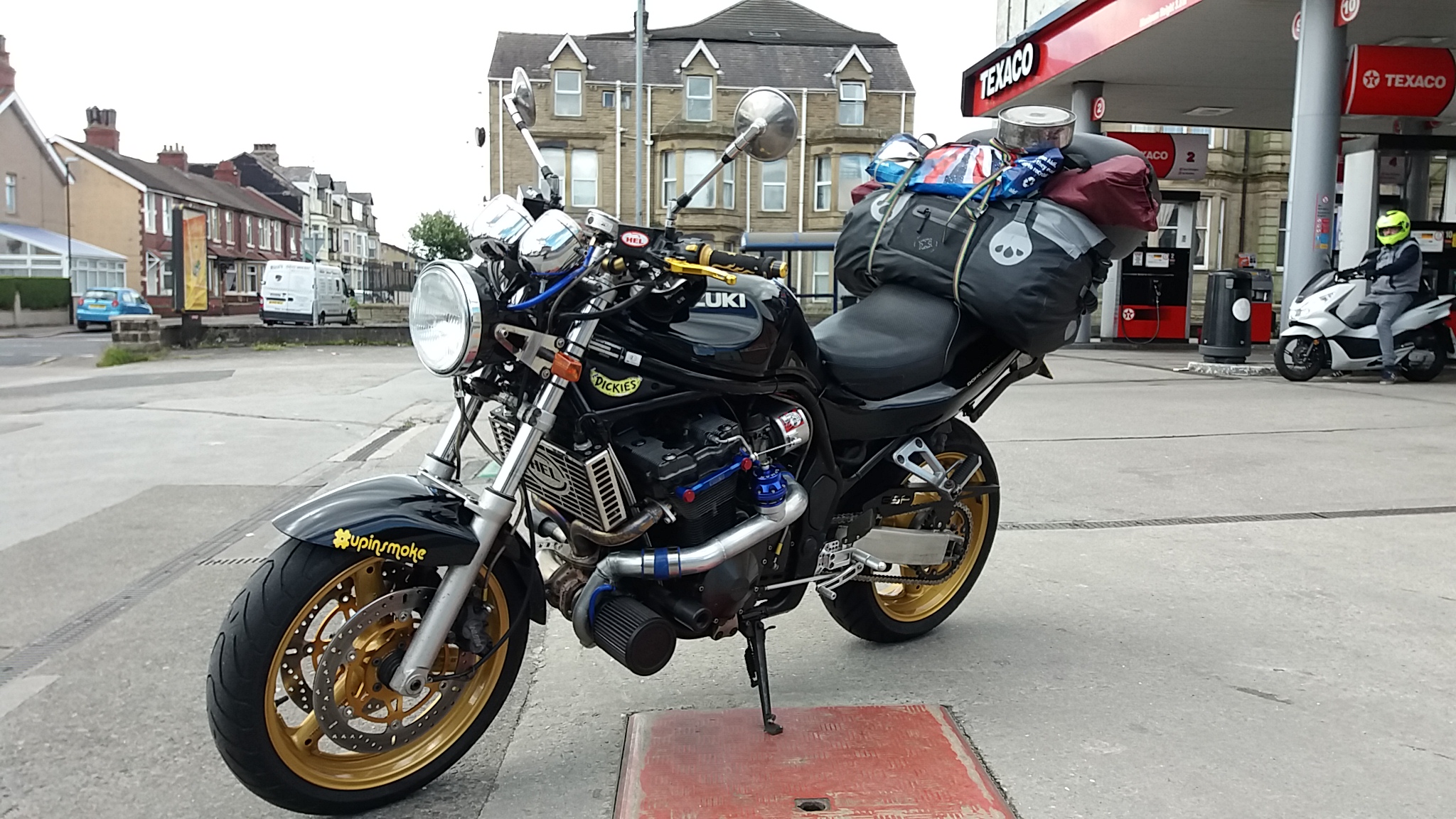 Overall the bandit is a good all found bike with plenty of power for the normal rider with a lot of low down torque giving you a nice side.

Overall the ride is good I would sometimes want better suspension on bumpier roads, it handles well for a big old lump but its no supersport

The engine has just under 98bhp, compared to a supersports like the S1000RR it's a slow down boat but give it it's due most of the time it can hold its down

In general the build quality is good, the oil/air cooled engine is out a work horse (keeps going and going but need a bit of care from time to time)

Once again if you compare the brakes to a new bike, there is no comparison (not the best) but they are ok and have besides hosts fitted to try and get the best out of what it's got

Best parts are versatility and simplicity with a mix of good torque and reliability. On the down side, the bike has no real flair, there is nothing modern about the bike .

Personally I find the ride a bit lumpy when trying to maintain a steady 30 MPH. Could be down to carb jetting and exhaust. When accelerating medium or hard throttle it's raw and very smooth. The cornering is fairly good once you are familiar with it's weight and tendency to run a little wide.

Old technology engine but has power anytime it's required.

Quite a cheap bike to run actually. No expensive repairs. Oil and filters + plugs about £95. Does not eat tyres as badly as my Aprilia Mille did or my GSXR

No problems at all. The polished casings are wearing well as is general finish.

Brakes are pretty average but up to the job of slowing the bike down in a hurry. Good feel and matched to the performance.

Dave Hirst 4 out of 5 stars

As standard plenty of torque, comfy, easy to maintain and parts are ready available and cheap. It's a very user friendly bike.

I improved my bike with 1216 pistons, td04 turbo, lock up clutch, ebc disks, hagon shock, hell oil cooler and braided all round. Though I also loved it as standard.

Standard it's sloppy in corners, better rear shock and fork springs and handles as good as any modern muscle type bike.

The bandit engine is 2nd to none for power delivery, loads of torque and very reliable. With busa gen 1 pistons and a turbo it's running 220 bhp and never misses a beat.

Quite greedy on fuel only being a 5 speed but used no oil after 48,000 miles.

Engine is bullet proof as standard but some other standard parts are clearly sub standard. On having said that it was a fairly budget bike.

"Buying multi bike insurance over the phone was far less..."