For decades, most people had been puzzled by the differences in BMW car and bike designs. The firm’s cars focused on high performance, with the M-range of high-powered saloons, and even produced engines for Formula One teams. Meanwhile, its bikes were heavy, underpowered, and aimed at gentle touring rather than high-octane performance.

But there were big changes in senior BMW management around the end of the 20th century – and the K1200 S was one of the first signs of that. The Motorrad bike division was let off the touring leash, and could produce high-powered engines like this 1,157cc inline-four. Putting out a creditable 165bhp, it was laden with tech, and instantly matched the likes of Honda’s CBR1100XX and Kawasaki’s ZZ-R1200 for power and torque.

BMW put the engine in a range of machines – the super-naked K1200 R, this K1200 S and a GT touring version. But the S was the pick of the bunch for most riders. It’s very fast, and had a number of cutting-edge technologies – ABS, traction control and electronically adjustable semi-active suspension.

The K1200 S strikes a good sporty balance in the heavyweight sport-touring sector. That engine dominates proceedings, but the Duolever front suspension and twin-spar frame gives sharp handling considering the 227kg dry mass. The fairing keeps the wind off, but is less protective than a full touring machine, and while the pillion seat is better than on pure sportsbikes, it’s still on the compact side. 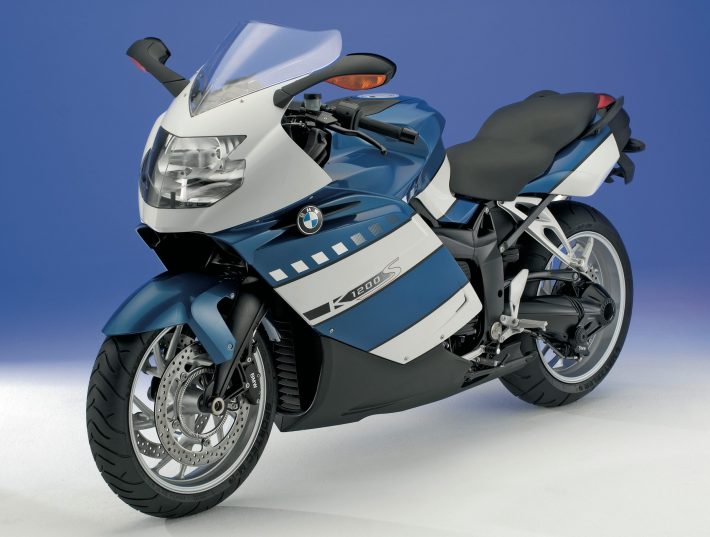 The 1200 S is getting on a bit now – it was replaced by the K1300S in 2008, so watch for electrical problems. Genuine BMW spares can be expensive, so factor that in when looking at used bikes with any niggles. 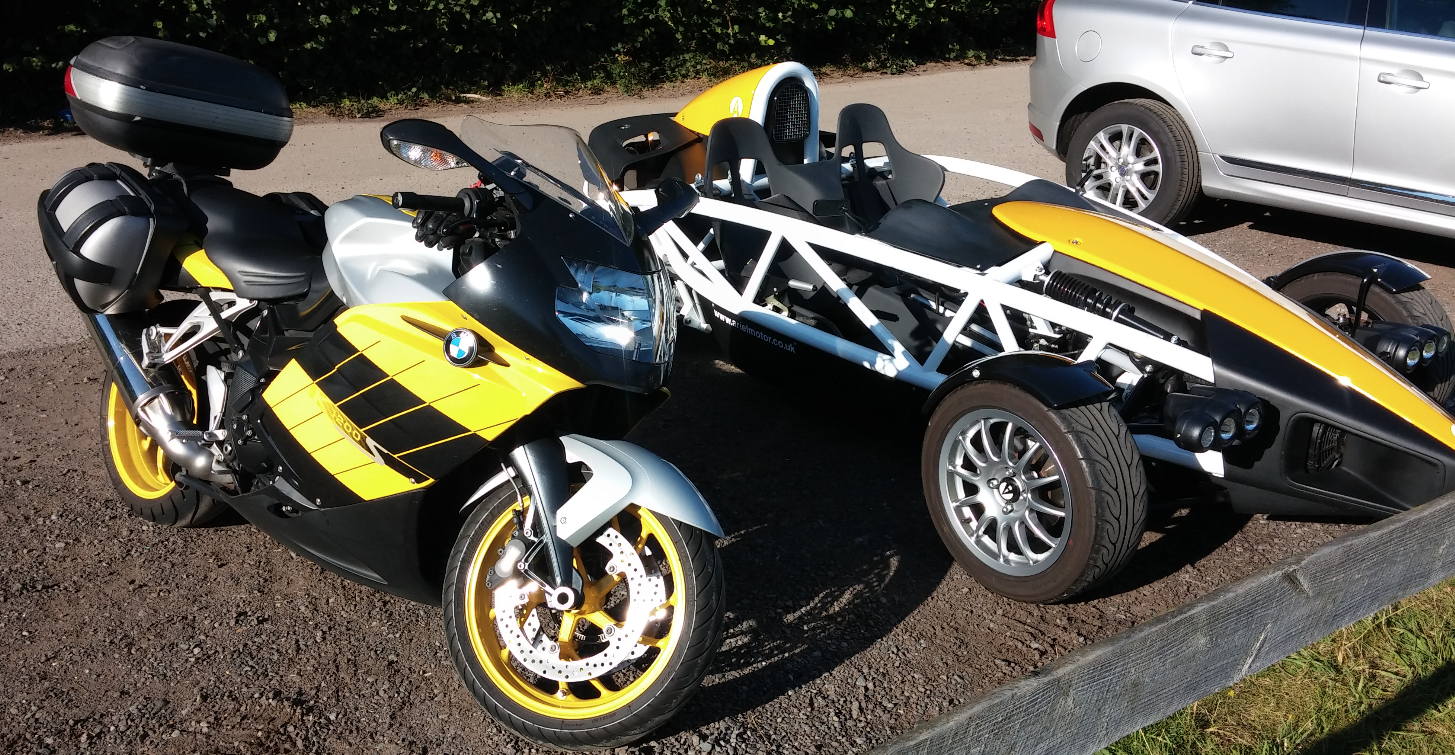 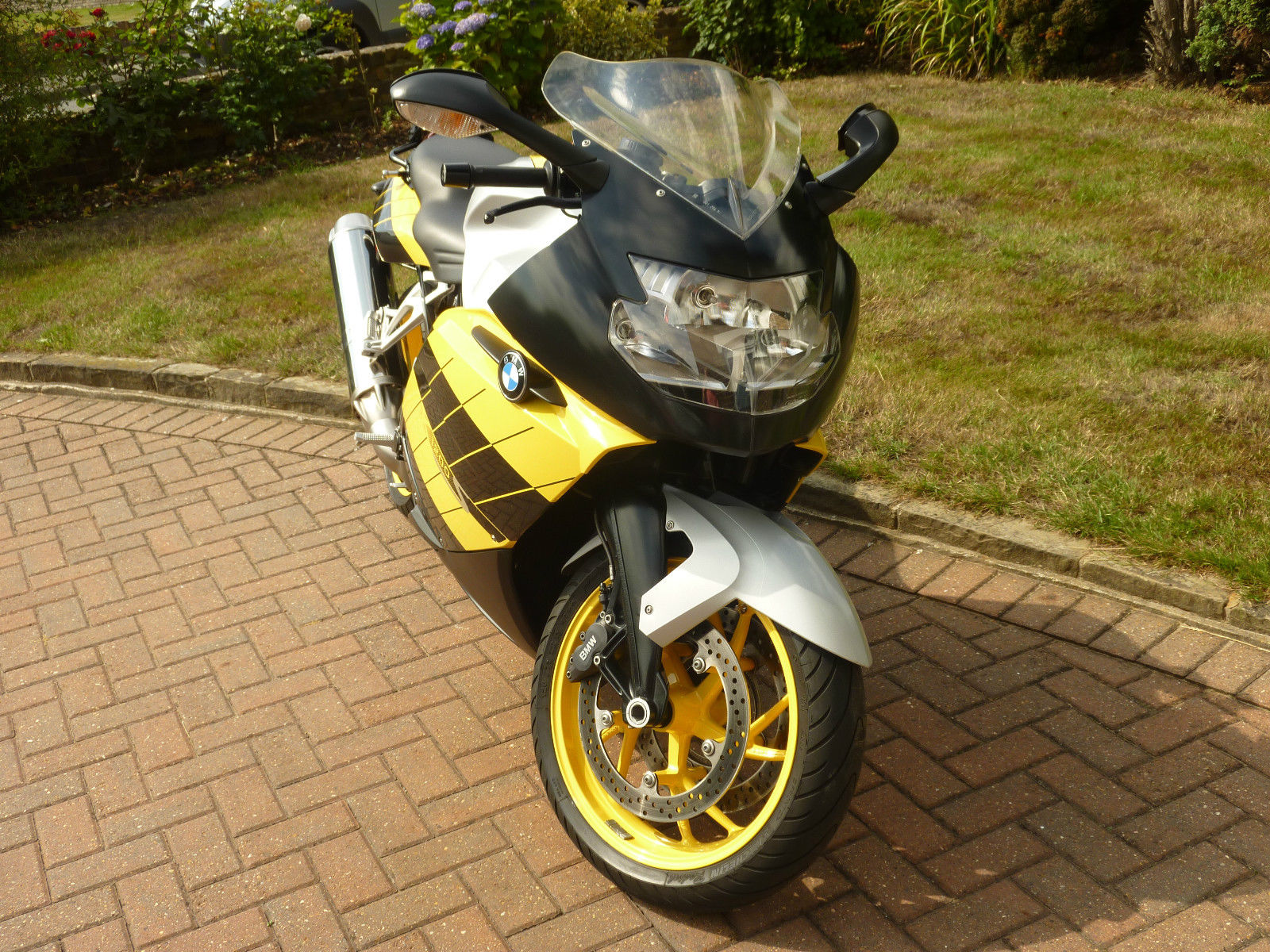 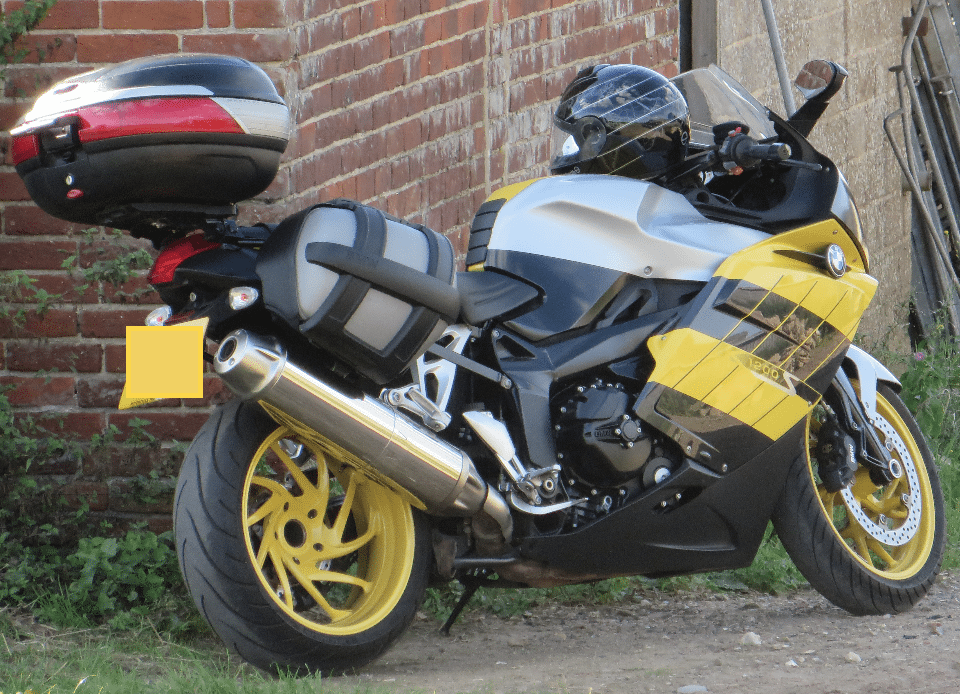 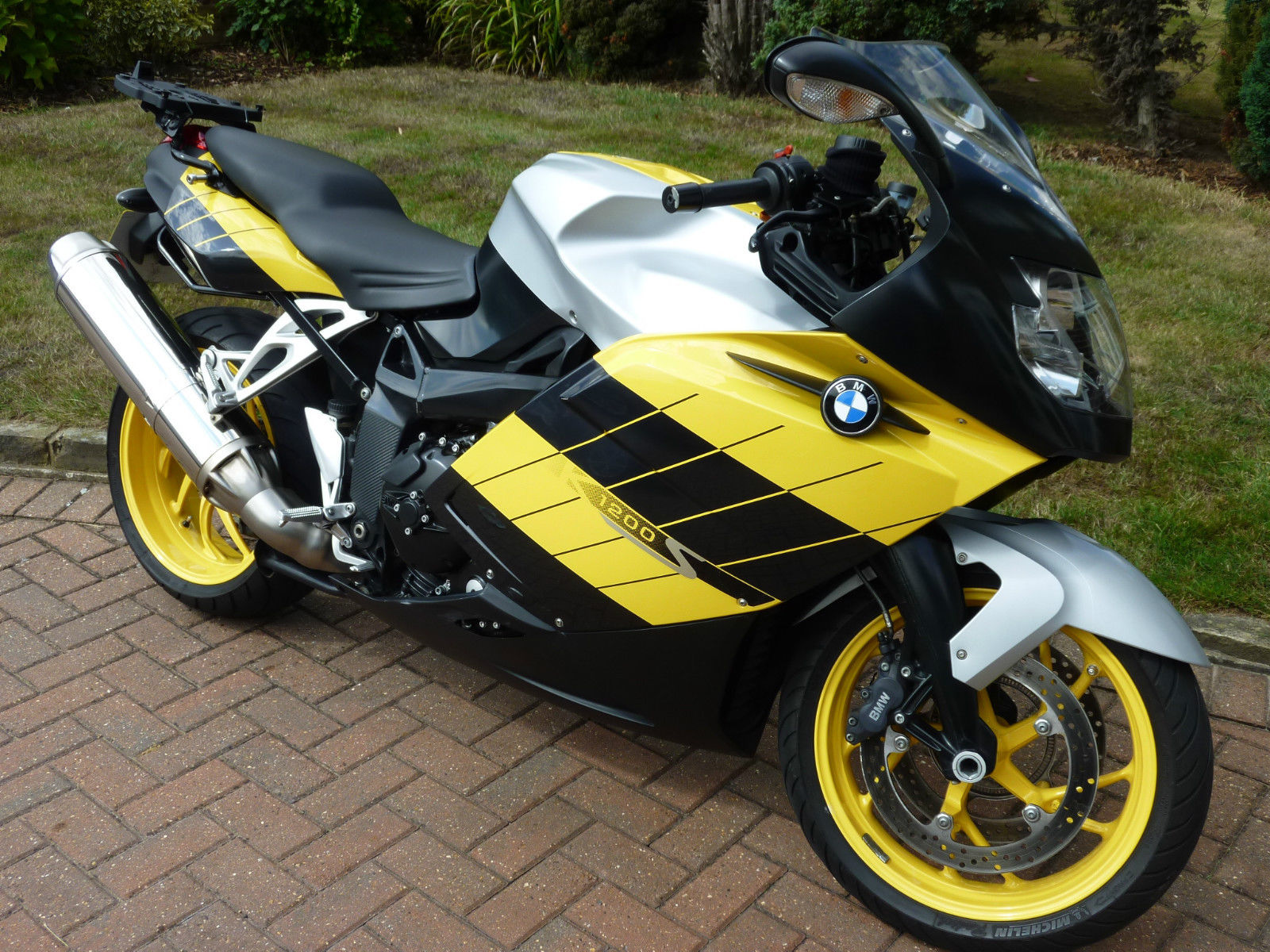 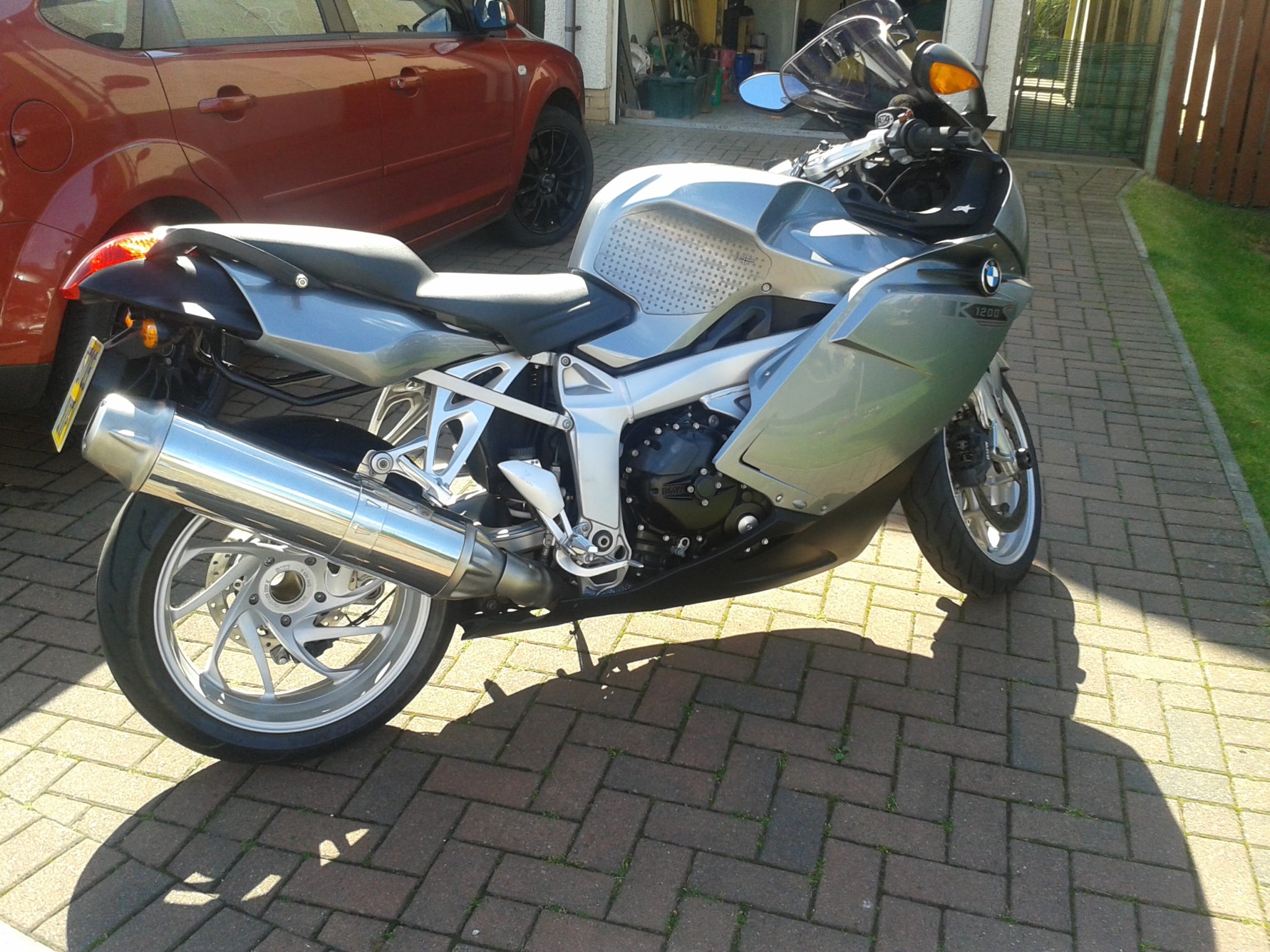 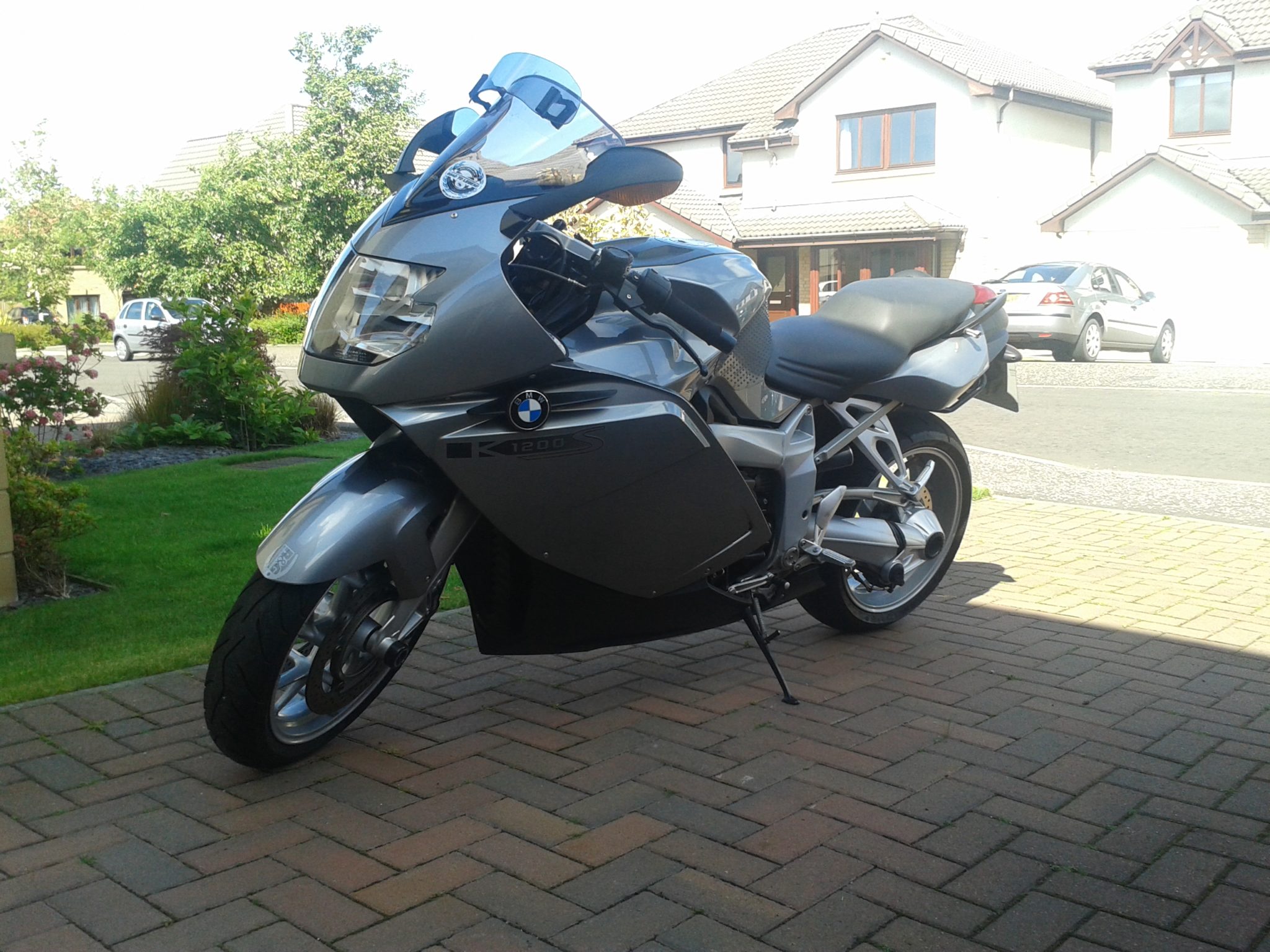 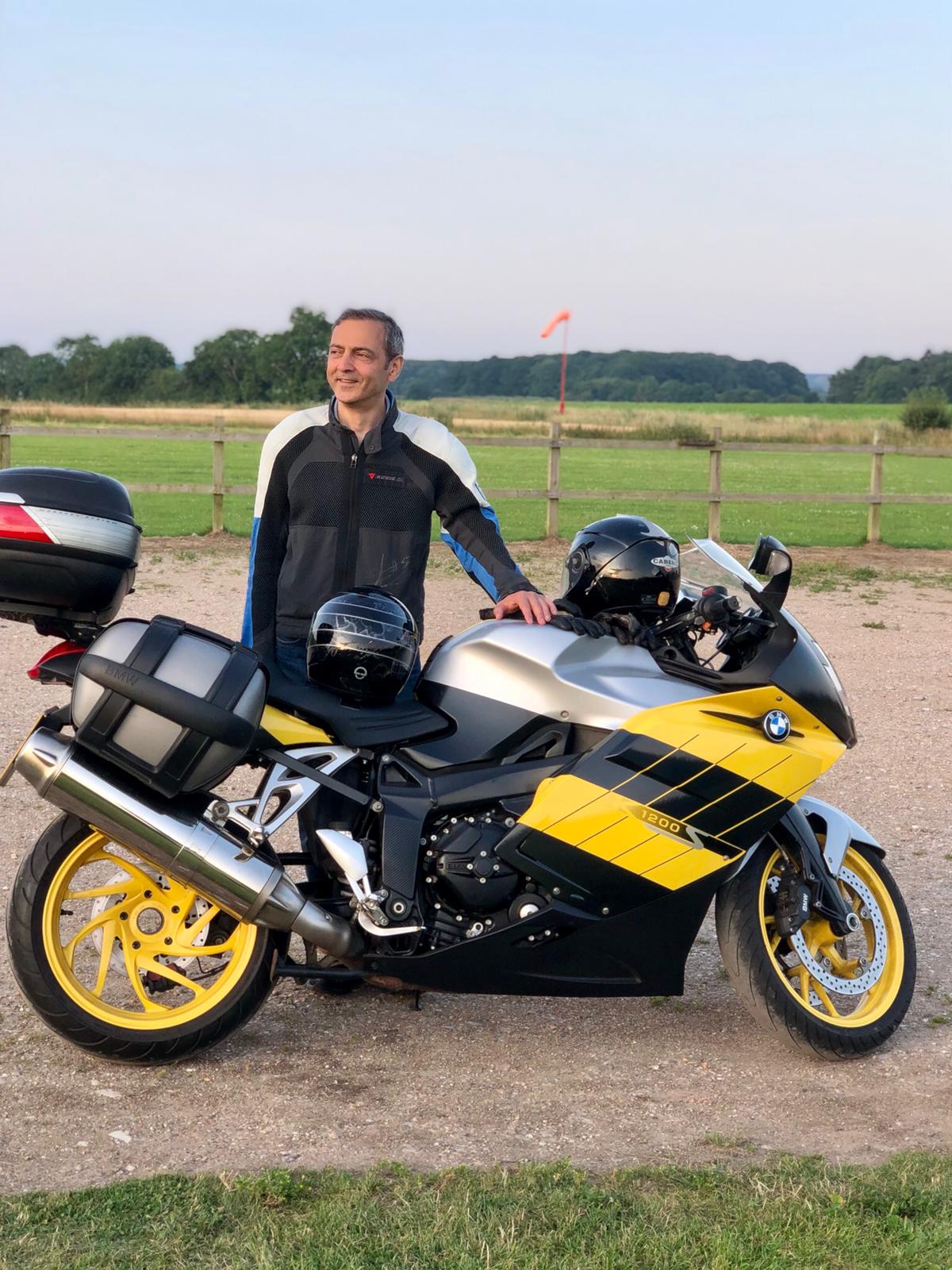 A good all-rounder with excellent panniers. Despite its age (2005) its more advanced and has a better build quality than my previous 2015 Triumph Tiger Sports.

Power transmission when changing gears could be smoother. Short fuel range (about 130miles).

Heavy to manoeuvre in the garage. No issues when riding it. Sports panniers are the absolute best in the market in my opinion: quality design, allows filtering through traffic and when needed can be extended to increase capacity. Good lights, shaft-drive, heated handlebars, comfortable seats

No shortage in the power department! Endless power.

Power transmission when changing gears could be smoother.Short fuel range (about 130miles).

built to last. has had multiple previous owners but paintwork still shines like new! Only the seats show sign of age, but no corrosion!

Brakes are good and similar to my experience with honda. Noticeably better brakes than Triumph Sprint ST that I had a few years before

True sports bike performance with tourer capability. Almost the perfect bike to own and ride.

Difficult to manage at low speeds filtering through traffic

Difficult to manage at low speeds filtering through traffic

Keith Longworth 4 out of 5 stars

I have owned this bike for seven years, it has been to Spain, the Isle of Man and even round Knockhill for a few laps. It has performed admirably in all situations. Piling on the luggage and two people does not affect this bikes performance much at all. The only thing I have fitted is an MRA screen, the one with a spoiler on it, this improved the wind protection and it looks good. Power and comfort, a well built continent crosser, with all the performance most riders would ever need.

On the subsequent model, the K1300s, the gearbox was completely re engineered. This is the only bike I would buy at present to replace my K1200s which has a rather agricultural and sometimes stubborn gear change. I have ridden the 13 and it is a vast improvement.

The para-lever front suspension soaks up the bumps very well and turns almost as well as it would with a conventional fork setup. This bike is a little on the heavy side, it disappears as soon as you get rolling

Although this is a straight 4(across the frame) it has a wall of torque and 167 bhp. Fuelling can be a bit 'digital' (ie on and off) in traffic, leading to some jerkiness. On the open roads the power just keeps coming, it's a thing to experience.

On the subsequent model, the K1300s, the gearbox was completely re engineered. This is the only bike I would buy at present to replace my K1200s which has a rather agricultural and sometimes stubborn gear change. I have ridden the 13 and it is a vast improvement.

Usual BMW, up to any weather conditions. Still looks like a much younger machine

Powerful, power assisted and linked system between front and rear. ABS and braided hoses as standard. Not as much feel as a good Brembo setup.

Ian Morgan 5 out of 5 stars

Could do with losing some weight.

It's very smooth and corners better than a tourer this size has any right too, it's also incredibly stable when cornering which gives me a lot of confidence when riding at speed.

For its size and weight it's quick and is almost certainly faster than its competitors in this sector , I'm very happy with the way it performs.

It costs me less than 500.00 pounds a year on average and that's mainly consumables like tyres and fluids, parts and dealer labour rates are not cheap which is why I scored it a 4 rather than a 5 . Fuel consumption is very good, it certainly doesn't guzzle fuel, I can easily get 200 miles out of a tankful and I regularly see 47/48 mpg which considering its size and weight makes it's pretty economical. As for running costs, it's cheaper to run than my previous Harley-Davidson Ultra Classic.

Build quality is excellent, I haven't experienced any corrosion and have never had any major mechanical or electrical failures, I have it serviced at the dealers and other than consumables I haven't really had to spend any money on replacing parts (other than a fuel pump)

Brakes are outstanding and I can't fault them, its got linked brakes coupled with ABS which give me 100% confidence when riding .

"Easy to use site"