Try telling kids nowadays that this was the top-performing BMW motorbike at the turn of the century, and they’ll look at you as if you’re crazy. But it’s true – the Munich firm really did class this 285kg, 130bhp behemoth as a supersports machine, despite being 50bhp down and 100kg up on the cutting edge of the time.

Fans of track-ready performance looked elsewhere of course, but if you ignored BMW’s category error, the big K1200 RS was actually quite an impressive fast tourer. The massive fairing adds loads of weight and looks a bit whale-like. But it gives good weather protection at high speed. The shaft final drive cuts maintenance, and the laid-down inline-four engine is a long-established, mature design with few problem areas. And the low-slung nature of the engine mass makes it more manageable than you’d think.

As ever on a BMW, the official accessories are very desirable – the German firm has always focussed on making excellent add-ons. So it’s well worth looking for stuff like hard luggage, heated grips, trip computer, sat-nav and other luxuries when scanning the used ads. 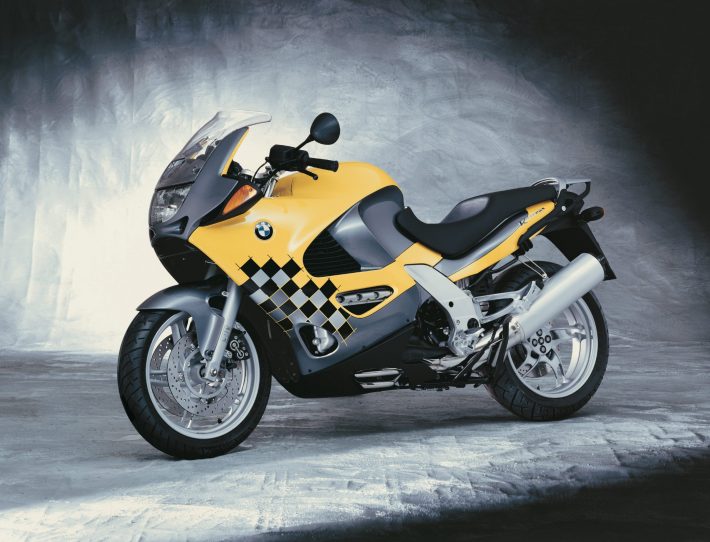 BMW sold the RS between 1996 and 2004, when it was replacedby the far better K1200 S, which used a conventional transverse engine layout and Duolever front end. We’d always recommend the later bike, but if you come across a well-priced RS, and don’t mind a big beastie, it still makes a solid heavyweight tourer with a load of grunt.

My bike is older, but very low Mileage for the age. What a "Lady" she is !!!! This bike is not for the "boy racer", but as a long run or in the inner city traffic this bike is pure JOY!!! Big, powerful, consistent performance and ride. A real joy on a long ride, but also incredibly easy in heavy traffic

Seating adjustments. I am a Shorter guy and I wish I would have an adjustable seat.

Seating adjustments. I am aShorter guy and I wish I would have an adjustable seat.

What can I say – Its German and the quality is refectory ex in every aspect of this really super nice bike.

First generation ABS. Very different from my much newer Ducati, but all the same good performance

"i took out insurance today for a motorcycle and despite..."