Founded in 1959 in Hackney Wick, London, the 59 club started out as a church-based youth club until a few years later when Father Bill took a trip to the Ace Café. It wasn’t long until the biker section took over the youth club, with club nights taking place on a Saturday evening at the Eton Mission.

Father Bill remained Chairman of the Club until he passed away in 2009. The club still follows the same traditions set by Father Bill welcoming all riders on all styles of machines to join the club without a probation period. The whole ethos of the club is to give everyone a place to go. The 59 club still have all club membership information dating back to 1962!

The club also had its own magazine called The Link which was popular with members when it was launched in 1965, however due to the rising costs of printing the magazine was shelved in 2010. The Link now lives in the form of an online magazine available to those members with a subscription.

The 59 club is managed by unpaid staff and volunteers who have been giving a helping hand since the 60’s.  There are now multiple 59 clubs across the globe including France, Spain, Italy, Germany, Japan and USA. However the clubs headquarters still stick close to its roots being based in Plaistow, London.

The 59 club now attend events over the year including the Isle of Man TT, biker cafes and regular trips to the Ace Café, of course!

The club is open on Wednesday’s and Saturday’s from 7.30pm – 11.30pm. There are lots of facilities to take advantage of it including a jukebox, table tennis and football table.

There’s normally a visitors fee for those who don’t have a membership. 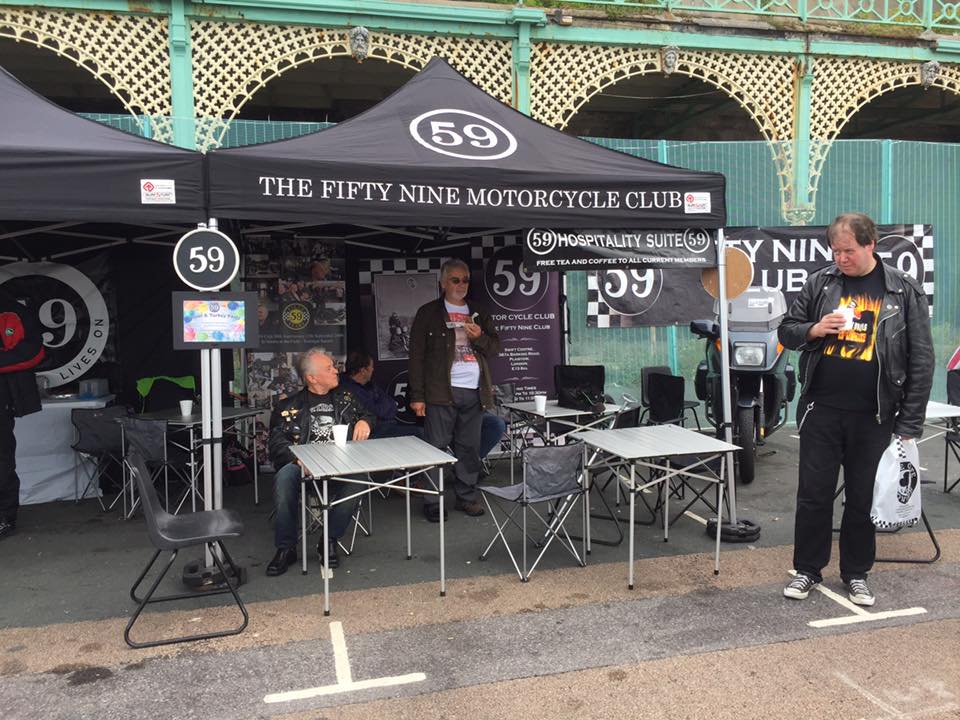 Check out some more clubs here...