Adventure bikes such as the KTM 790 Adventure, Yamaha Tenére and the BMW F850GS have all gained popularity recently.

Perhaps more adventure riders are starting to realise that you don’t need a huge BMW R1250GS Adventure or a mighty KTM 1290 Adventure to have, well, an adventure.

Or maybe more riders are dipping a toe in the world of the adventure bike, building their skills, and don’t yet feel confident enough to manhandle quarter of a ton of metal. Whatever the reasons, this size of adventure bike just works, regardless of experience.

The bike we tested was the base model 790 Adventure. A little more road-focused than the R and the limited-edition R Rally, with a taller screen and shorter suspension travel (200mm vs 240 for the R and 270 for the R Rally), the entry model proved more than capable for the roads and byways we encountered on our rip round some of Surrey’s stunning countryside.

The capacious 20-litre fuel tank sits low on each side of the bike.

This gives the bike excellent low-speed manners as the centre of gravity is lower than some of its more top heavy, ‘traditionally-tanked’ rivals. It also serves as protection for the motor from spray, stones and, of course, the occasional rider error that results in the bike laying on its side.

Like the boxer-engined BMW R1250GS, those ‘sticky-out’ bits — combined with an all-up weight of 189kg — make it a lot easier to pick up. The only quirk to this fuel tank layout is that the gauge starts at half a tank — though how often would you bother to start looking for a petrol station when you’ve over half a tank, anyway?

While we’re on the subject of instrumentation, the TFT display is very clear and easy to read. Flicking through the various modes for the traction control and ABS is easy enough too, or at least it is once you’ve got the hang of it.

A faster way to switch it all off for off-road use would be nice, especially when you’re not stopping from tarmac to trail, though I guess KTM is hampered by regulation and the need to make bikes reset to the ‘safest’ modes.

On the road the bike is very easy to ride. The clutch is light making town work a doddle and the power delivery is easy-going with loads of low-down grunt. The parallel twin motor really gets going at around 5,500rpm, with the flashing rev-counter urging you to change gear at around 6,000rpm.

The gearbox is also super-slick and, with the optional quickshifter, precise with fast and clean cog-swapping.

The suspension, as with all KTMs, is made by WP and is high quality. The rear shock is adjustable for preload, useful for riding with pillions and/or luggage and feels plush and controlled both on and off road.

The front forks also feel well damped, and despite being unadjustable, miraculously work well in all conditions, giving good feel and control. The Brembo brakes also help to keep everything in check; plenty enough power for the road, enough feel for the dirt.

Off-road, the 790 is highly capable. Perhaps more importantly, it’s predictable. KTM’s years of experience in producing some of the most successful and highly-regarded off-road bikes really comes through in the 790.

Everything from the riding position (I wasn’t keen on the standing position on my first ride, but have since learned the ‘bars can be moved fore and aft by 40mm to suit rider preference) to the geometry just works; a fast rider could really rip on this bike, and a novice wouldn’t find it intimidating.

If you’re after a bit of an all-rounder for less than ten grand*, at £2,200 less (and a whopping 43kg lighter) than Honda’s CRF1000L Africa Twin, £371 less than BMW’s F850GS and only few quid more than the more basic Yamaha Tenére, the KTM 790 Adventure could be the best option currently on the market. 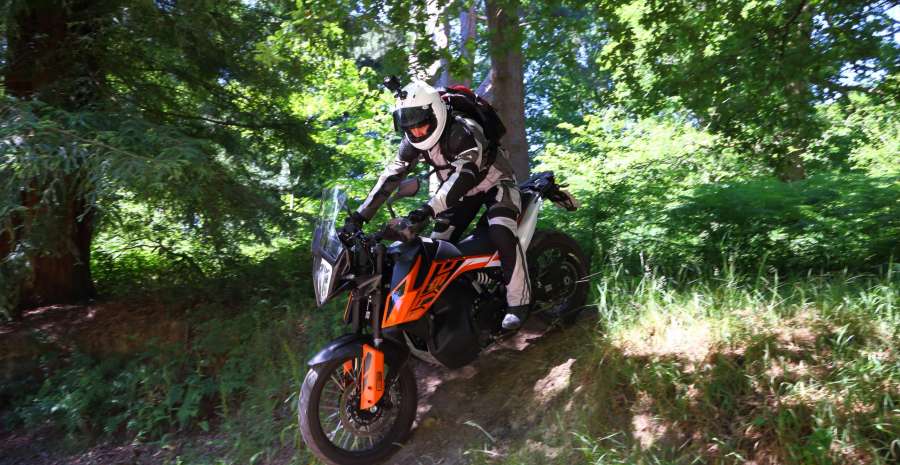 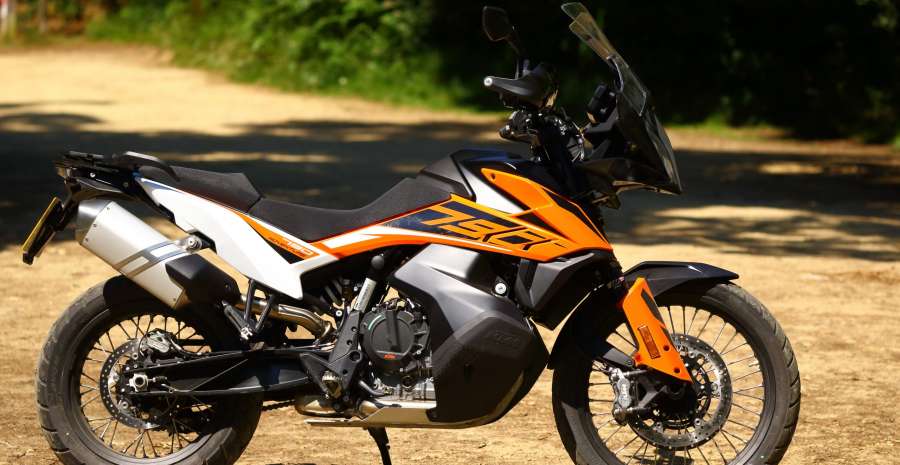 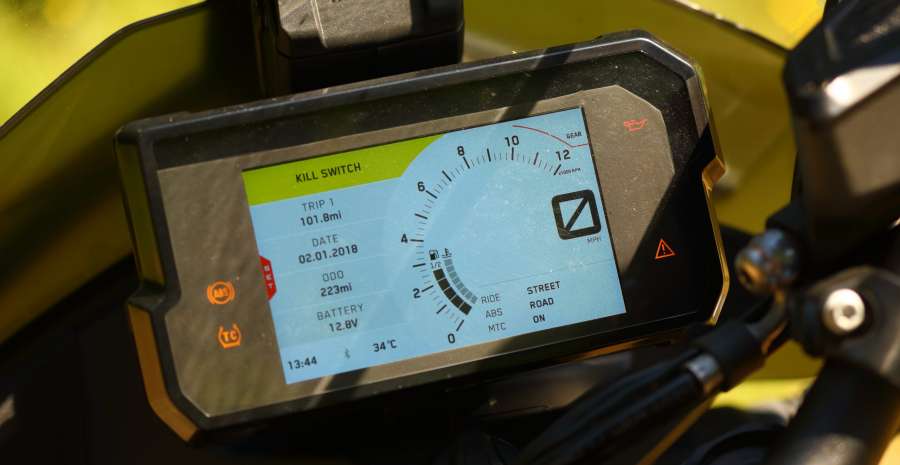 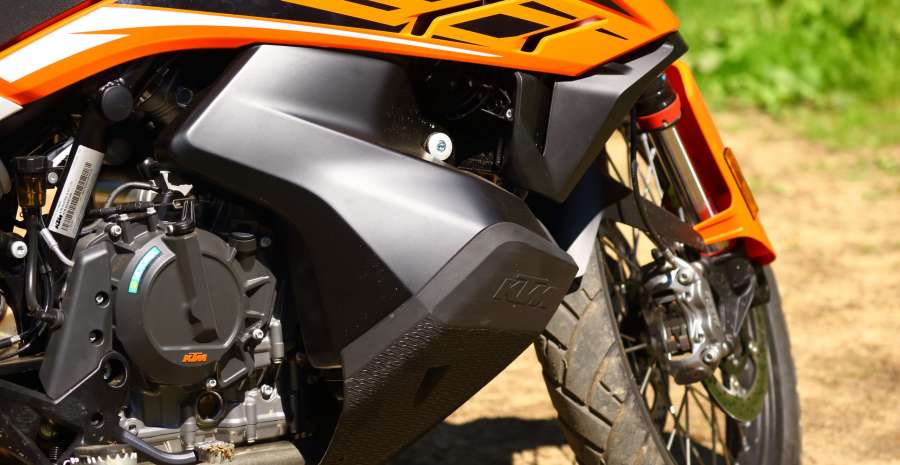 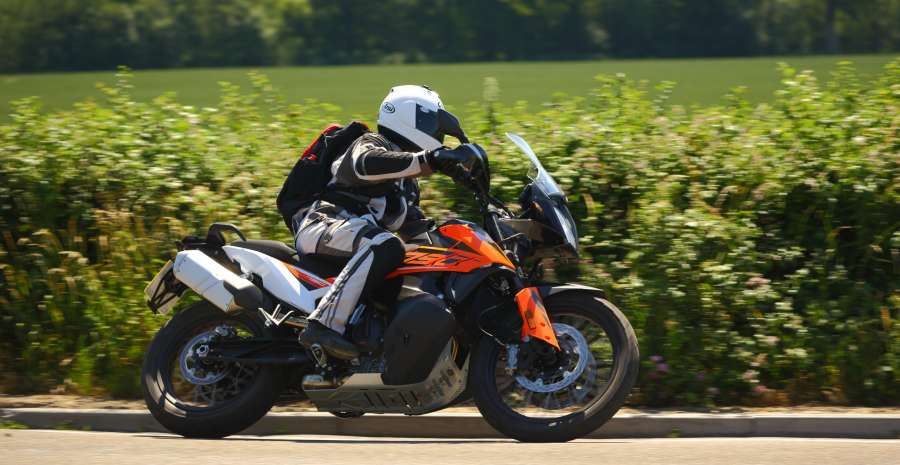 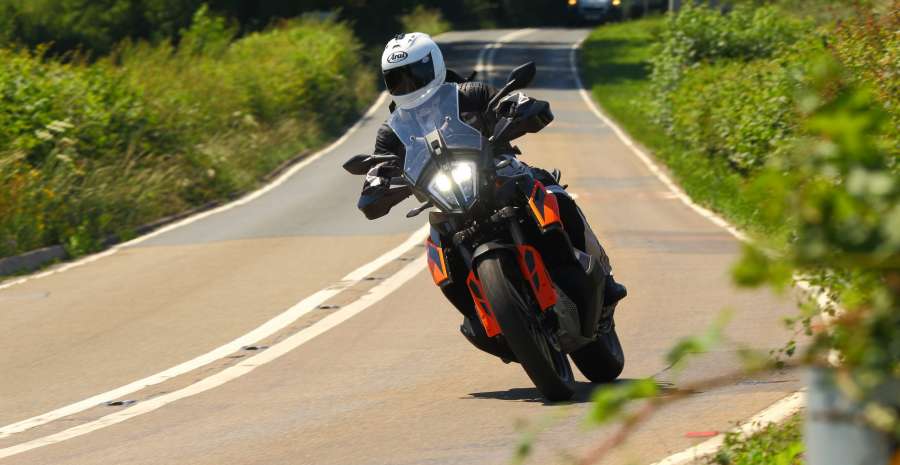 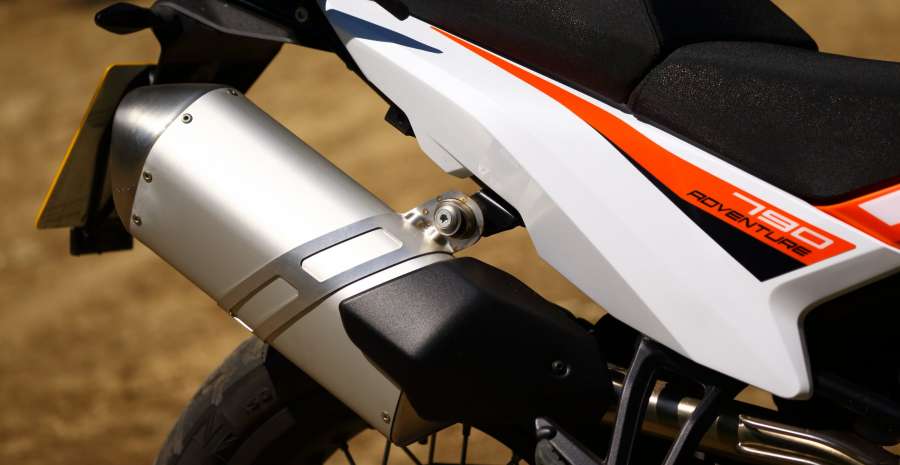 History of the Motorcycle

"very easy and helpful pages to negotiate and straight forward..."