It was cancelled last year due to COVID-19, but the Milan EICMA bike show is back. And Honda’s been showing off a load of new 2022 models on its stand. Here’s the pic of the bikes on show from today.

The awesome Honda CBR1000RR-R Fireblade and SP are joined by a new 30th anniversary edition, with special paintwork to celebrate the original machine, launched back in 1992. It’s a re-interpretation of the ‘tricolour’ red/white/blue scheme of the 92 bike, combining the modern styling with the original brush-stroke paint.

Meanwhile the SP version comes in Grand Prix Red or Matte Pearl Morion Black, both with gold wheels, while the standard Fireblade comes in GP red only.

Under the new paint, the Fireblade has had some detail engine mods. Power remains the same at 214bhp, but the midrange drive has been strengthened with revised intake ports, airbox, airbox funnels and exhaust mid-section. The compression ratio has also been increased from 13.2:1 to a heady  13.4:1. The rear sprocket has gone up three teeth for even harder acceleration, while the traction control setup has been tweaked for even better performance on the edge of grip.

Finally, the Nissin brake calipers on the standard ‘Blade have a new piston coating for better braking, and the quickshifter on the SP has been tweaked too.

Honda’s X-ADV ‘adventure scooter’ drew some brickbats when it was launched, but it’s been a decent hit for the firm, especially in European markets, where the 750cc engine, long-travel suspension and soft-dirtbike styling have struck a chord.

And now there’s a new, smaller variant, with a 330cc SOHC four-valve single-cylinder motor, making 29bhp, and equipped with a full traction control system. The bore and stroke are 77mm x 70.8mm, with compression ratio of 10.5:1. A roller-type rocker arm, plain journal crank bearings and sealed crankcases are all standard stuff, but there is a CRF450-style oil cooling jet sprayed on the bottom of the piston. The intake charge is supplied via a 5.5 litre airbox and a 36mm throttle body feeds fuel/air mixture to 28mm inlet valves. The intake port draws air in through a ‘tumble’ flow within the cylinder for consistent fuel combustion.

The new ADV350 won’t be taking on any serious off-road terrain, but as a stylish entrant into the urban jungle scramble, it looks like just the job.

New Hornet on the way

The original Honda CB600 F Hornet was one of the firm’s biggest hits in the late 1990s, but was discontinued in 2014. But Honda’s bringing it back, and there’s a sneak preview of the new incarnation at EICMA.

Showcased in a special area within the Honda stand, projection mapping is used to full effect in a vivid 3D display of light and sound that both looks back at previous Hornet generations, and forward to what is to come in 2022/23. 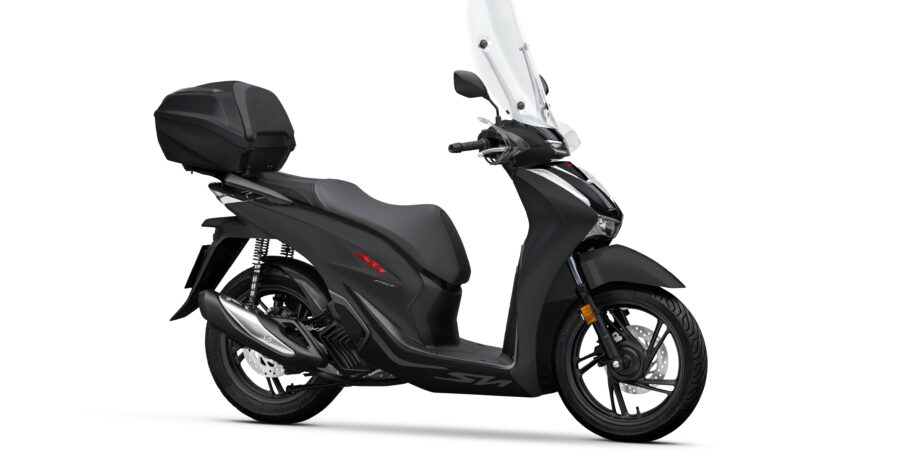 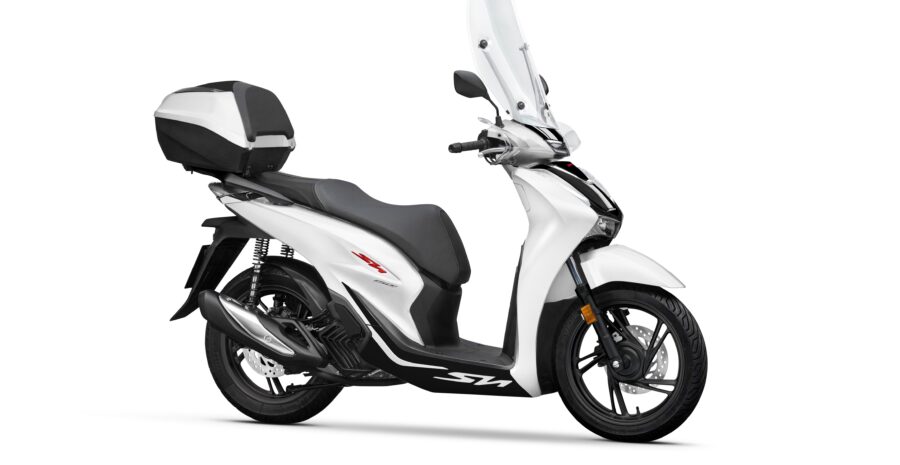 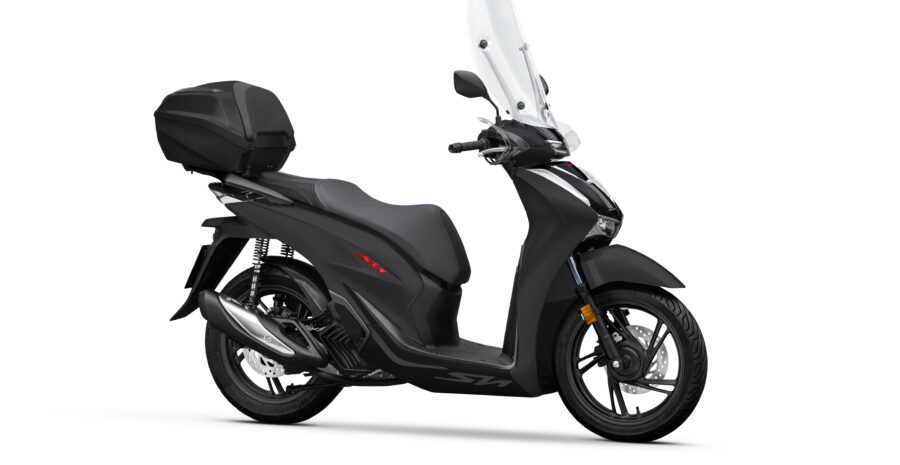 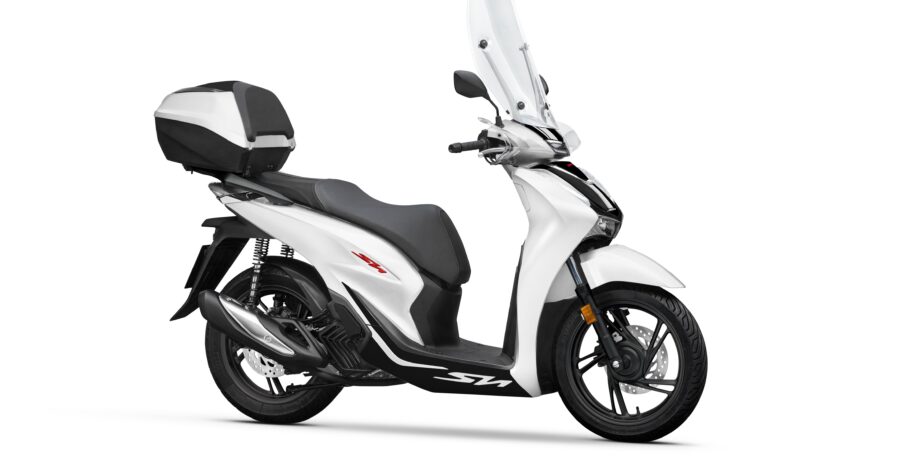 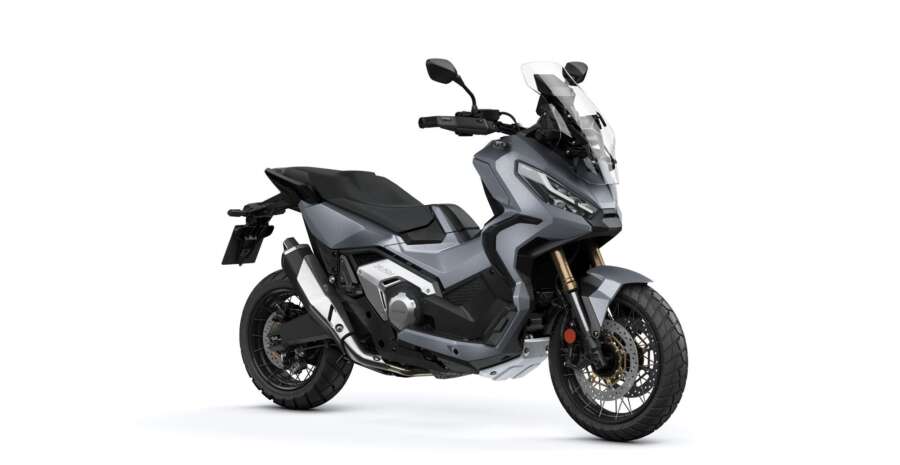 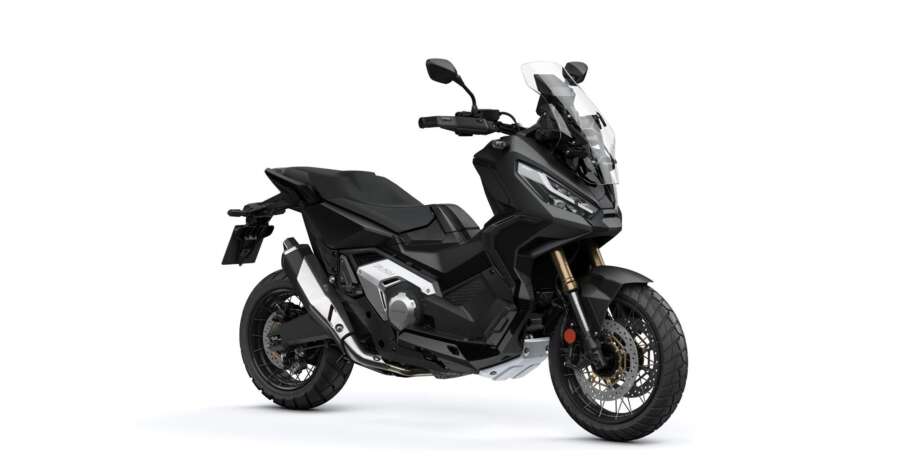 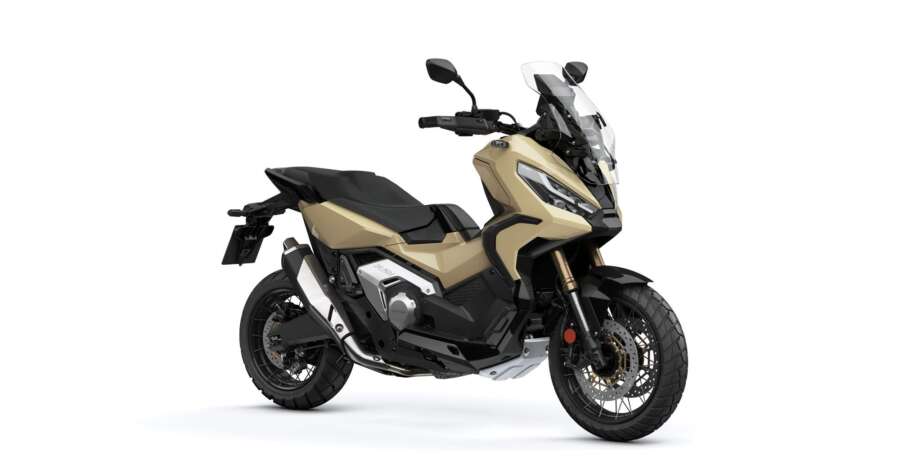 The Forza 125 will be available in Pearl Falcon Gray, Mat Black Gray Metallic and Mat Pearl Pacific Blue, and the Forza 350 in Mat Carnelian Red Metallic. 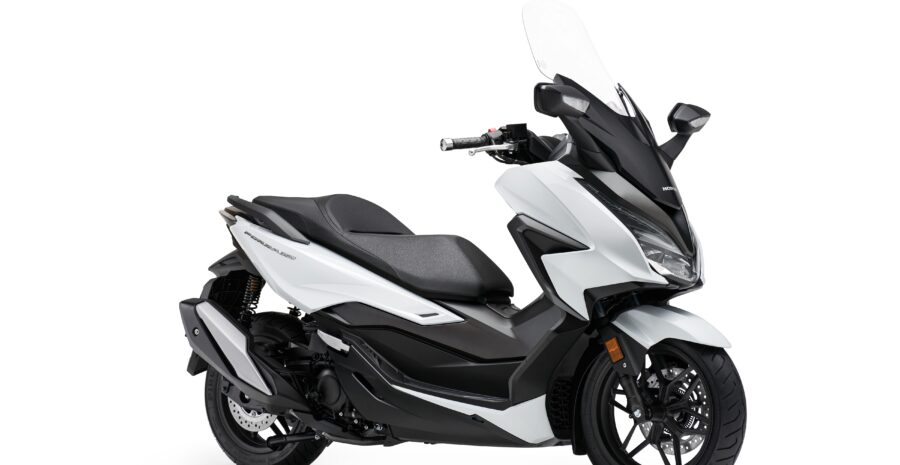 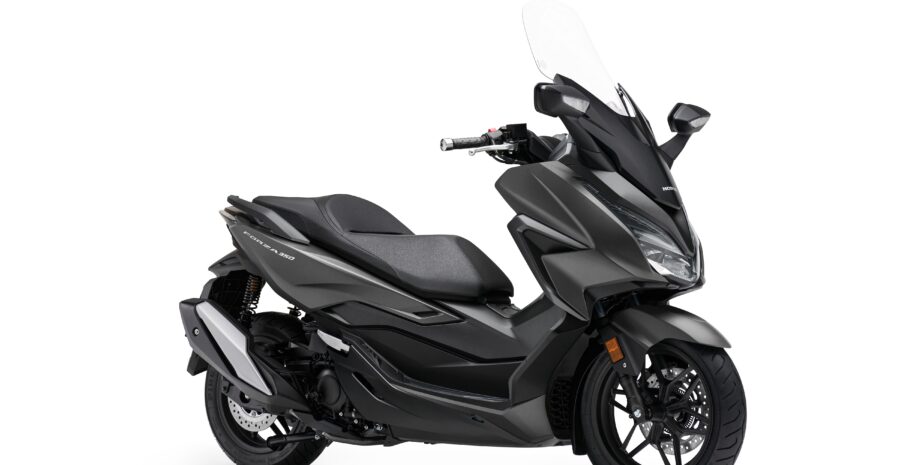 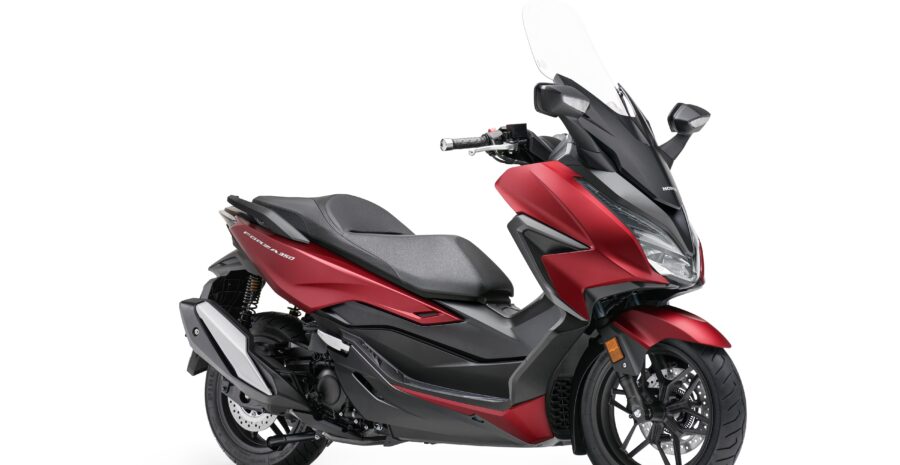 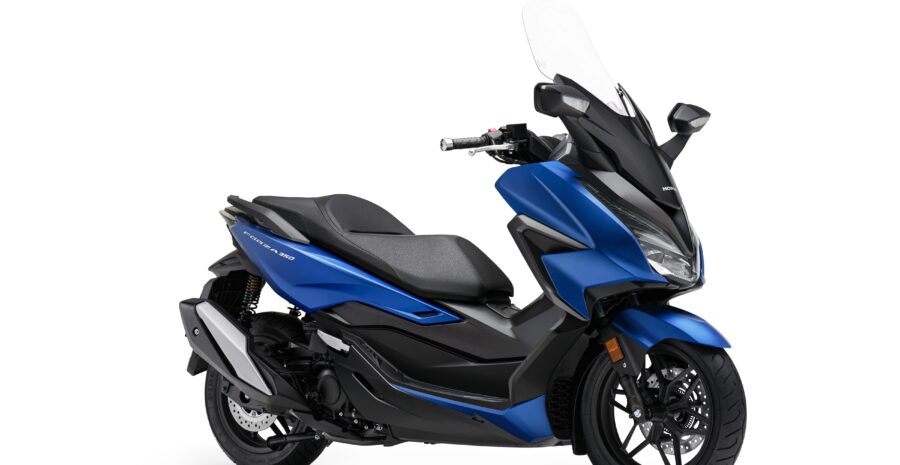 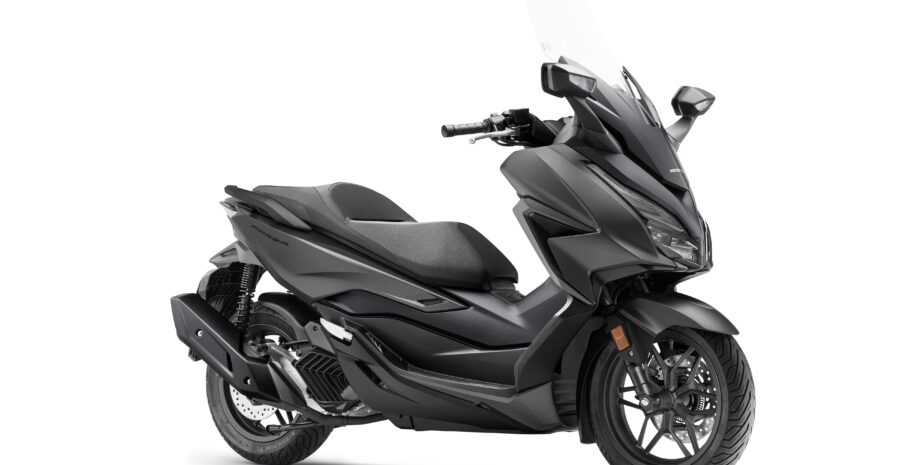 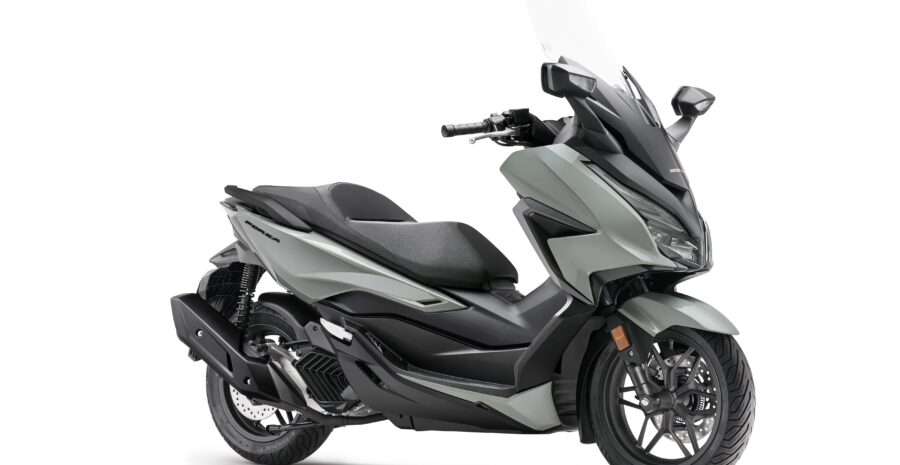 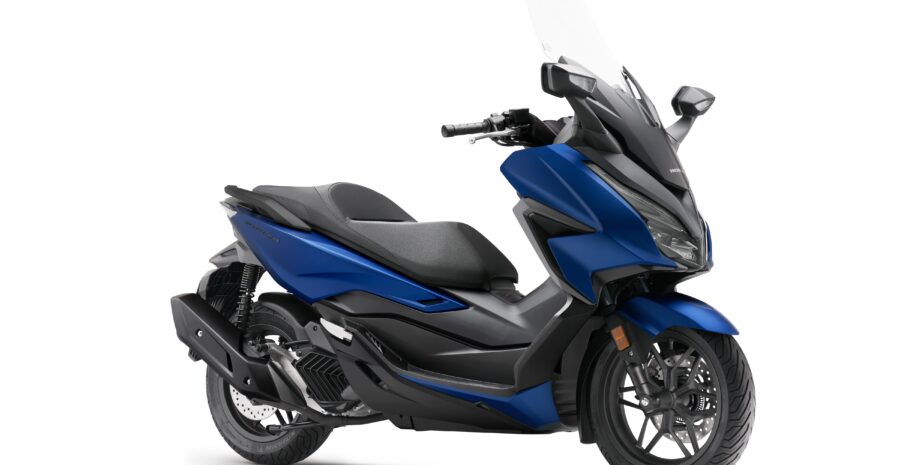 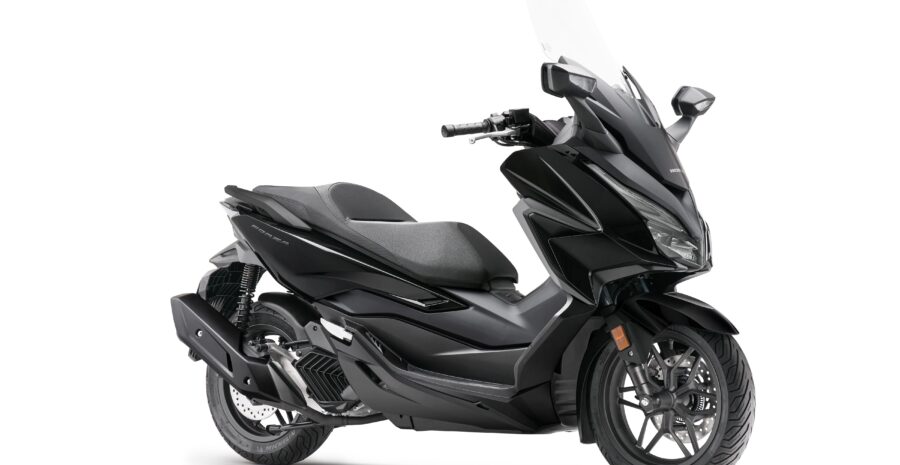 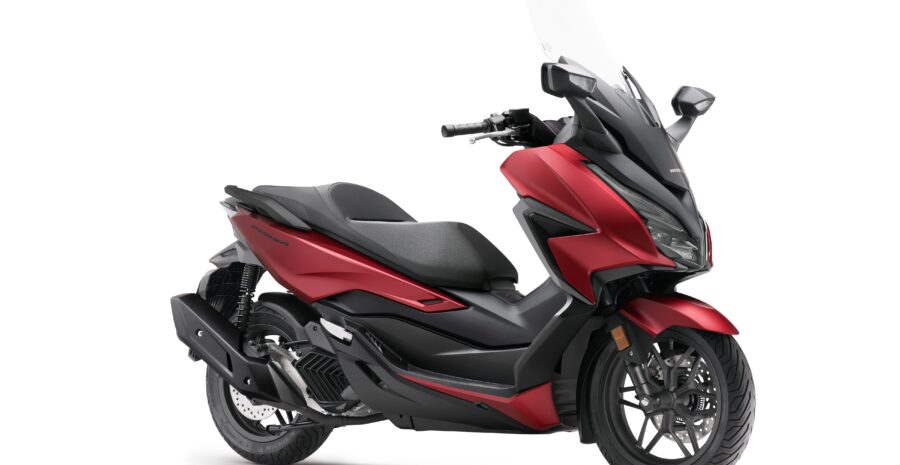 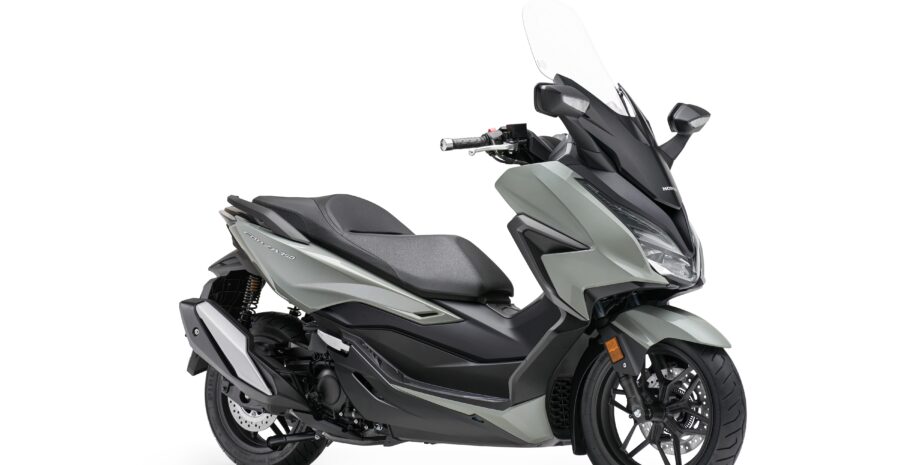 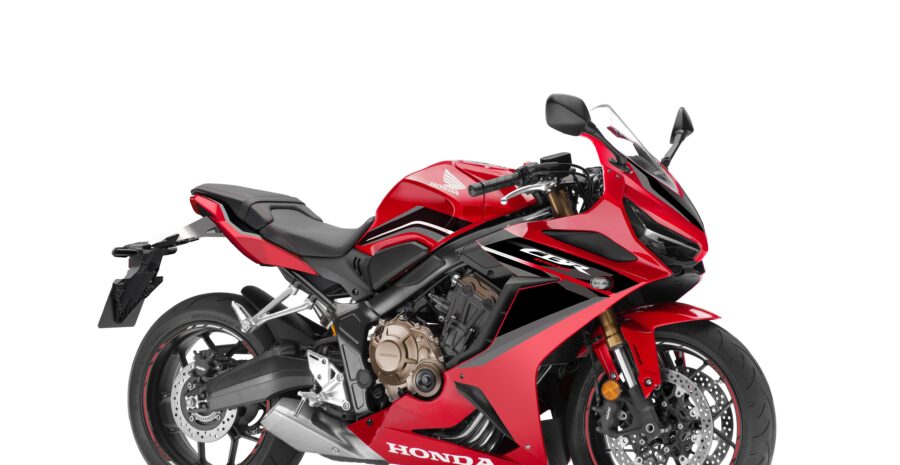 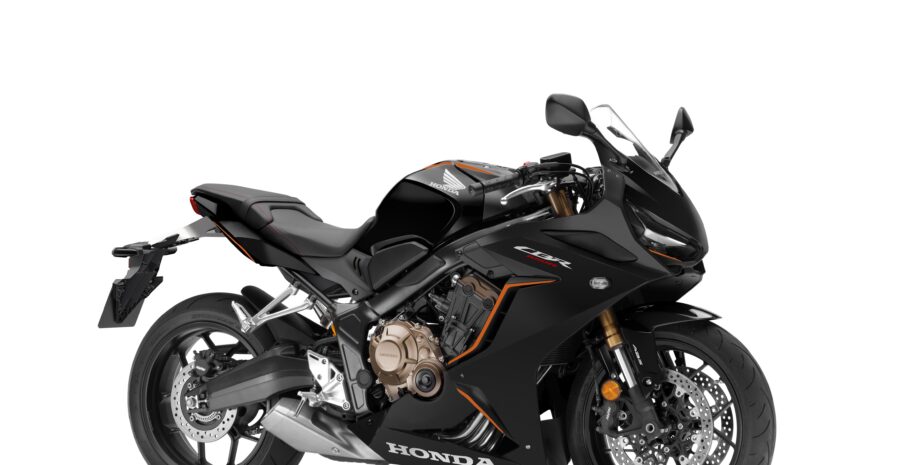 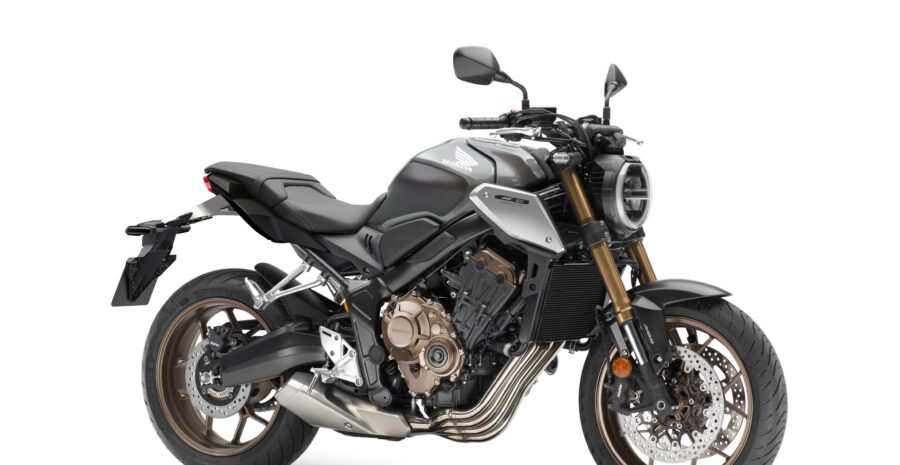 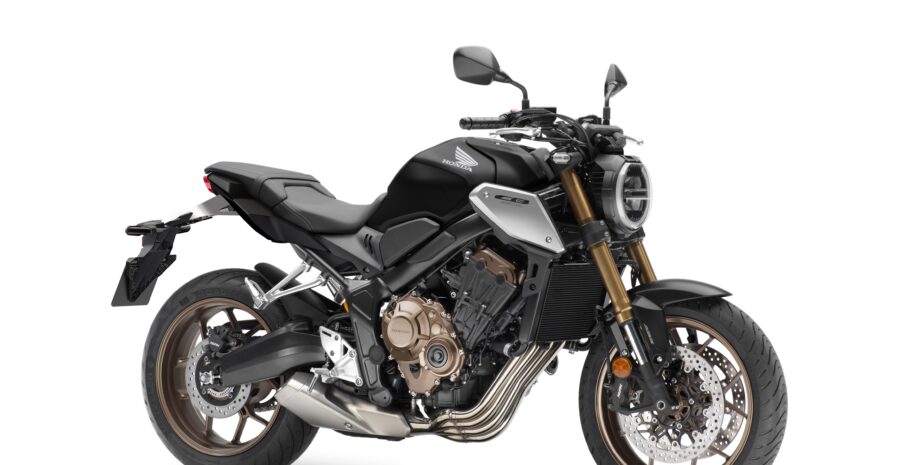 Europe’s best selling custom machine in 2021, the CMX500 Rebel has a cool new Pearl Organic Green option for 2022, while its 1100cc sibling will now be available in Pearl Stallion Brown.