Royal Enfield’s 650 twin range has been a massive hit for the firm, with punters snapping up the well-priced, good-looking roadsters. And the firm is celebrating its success with this special custom build, based on the Continental GT, but with a heap of awesome chassis parts.

The bike has been produced in collaboration with Anthony Partridge who co-hosts the Goblin Works TV programme, and it looks like a very serious piece of work, certainly in terms of running gear. The frame has been re-jigged to take a sweet fabricated aluminium monoshock rear swingarm in place of the standard twin shock rear.

That uses an alloy linkage to operate a horizontally-mounted, fully-adjustable Öhlins TTX race shock, which is matched to a set of proper race forks up front: Öhlins FGR300 gas units. Wheels are super light BST carbon fibre units, the discs are special Galfer grooved wave parts, and the calipers are super-high-end Brembo GP4-RX nickel-plated monoblocs. Tyres are Dunlop, with a huge 190-section rear, which needed frame mods and a special offset chain run to clear.

The bodywork is also all-new, with what looks like a carbon-fibre tail unit and tank cover, and a small headlamp fairing. They seem to have forgotten to fit a front mudguard though. The bodywork is also set to be made into a kit for owners to buy and fit as an aftermarket upgrade.

Fancy stuff indeed on the chassis then – but there’s no word on engine mods, apart from a race pipe and foam pod filters. The standard 650 motor is a very nice powerplant, which makes around 47bhp, and even with a few more BHP from the exhaust and filters, you have to think it’s a bit of a mismatch to the fancy chassis kit. The wheels will save a chunk of weight, but the swingarm and suspension mods won’t save much over the stock parts, so you’re still looking at a 200kg-class bike…

The builders reckon it’s a cracker though. “I did a few laps on the stock bike with the head designer of the Continental GT there to watch,” said Partridge. “Then I took out my new improved version and the difference was night and day. The custom bike feels like a proper race bike – lighter, faster, way more agile than stock and heaps of fun to ride.”

Want to see more on this fancy RE custom? Then check out the Goblin Works episode, which is now available on catch-up on the Discovery Channel or DPlay in the UK. 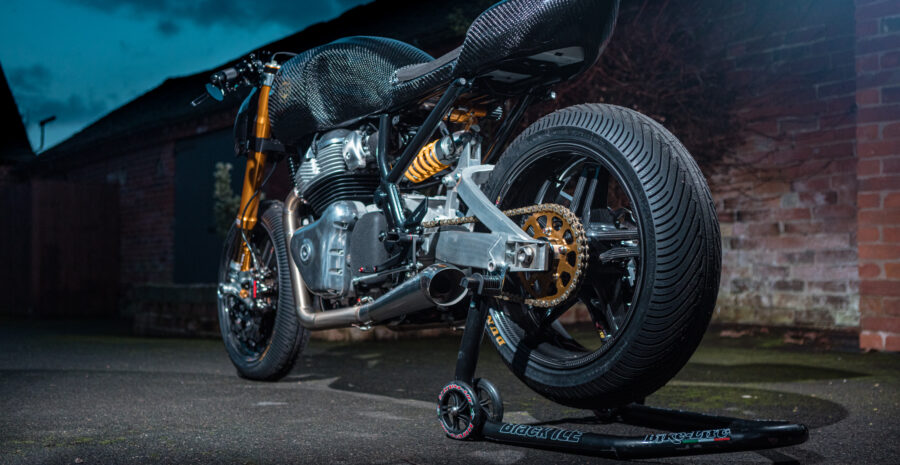 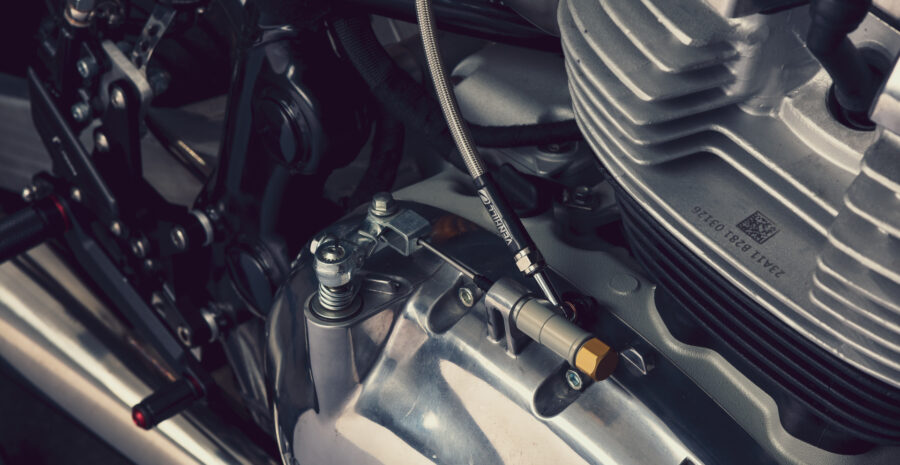 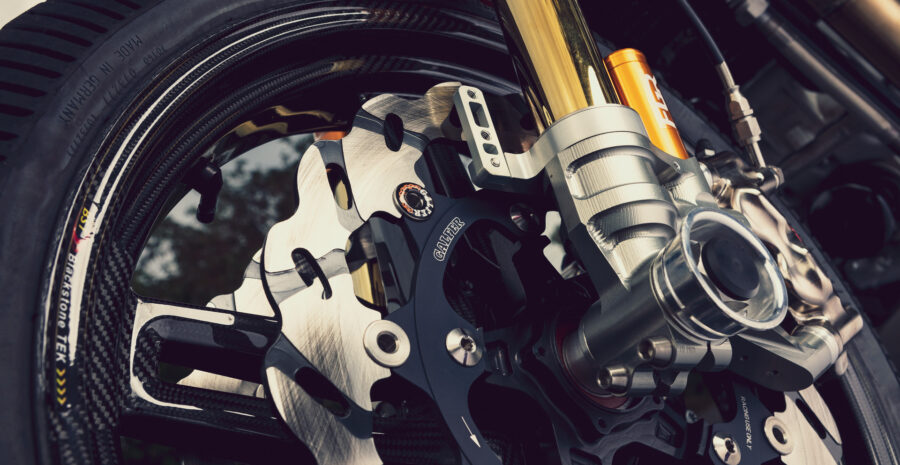 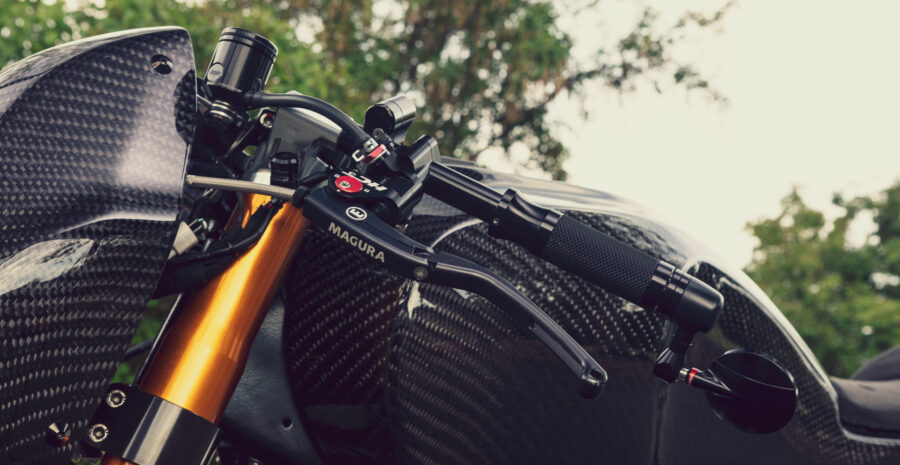 "Getting motorcycle insurance through Devitt was very easy thanks to..."