Rules of the road…

By the time you’ve done your theory test and CBT, or if you already have a full licence to drive a car, you should have a pretty good idea of the rules of the road. Everything you need to know is in that perennial publication of strait-laced common sense and authority known as The Highway Code, so we won’t waste too much time here repeating its words of wisdom.

You don’t even have to buy a copy any more because the whole thing is available online – you can even sign up for email alerts when it’s updated with changes or new rules are added.

If you’re new to motorcycling you might be surprised to learn that there’s very little bike-specific content in the Highway Code. Much of it is pretty basic stuff about sitting on the bike properly and making sure you’re visible to other road users.

Rules for car drivers and motorcyclists

In short, then, pretty much all of the rules that apply to car drivers also apply to motorcyclists: we all have to obey the speed limits, road signs and road markings, we’re supposed to be considerate to other road users and we’re obliged to make sure our passengers are safe.

Before you set off, you need to make sure you’re in order as far as the law is concerned. Again, though, this is obvious stuff. By now you should know whether or not you’re licensed to ride and, of course, you need to have appropriate insurance cover.

Legally, you only need to wear a crash helmet but…

The only piece of riding kit you’re obliged to wear by law is a crash helmet. As a result they have to conform to certain regulations and all helmets sold in the UK are built to the ECE 22.05 European standard. The UK also has its own rules regarding tinted visors, which are supposed to light transmission of at least 70%, and tinted visors also shouldn’t be used in poor visibility, low light conditions or at night.

Some of that is pretty ambiguous, though, and enforcement of the rules across the UK can vary from police force to police force, so unless you’re only riding in bright, sunny conditions, we’d recommend carrying a clear visor with you at all times.

As well as you being legal, your bike has a few laws to which it must conform, too. Again, this is mostly obvious stuff, such as it being taxed and, if it’s more than three years old, having a valid MOT certificate. But while an MOT means your bike was legal at the time it took its test, its no defence against bulbs which have blown or tyres that have worn down in the meantime, so it’s down to you to make sure all that’s in order on a day-to-day basis.

Is my motorbike compliant and legal?

There are other machine legalities to consider, too, such as the exhaust. If it’s not standard, it’s supposed to comply with certain noise legislation. Anything that’s blatantly too loud will fail an MOT anyway, but aftermarket exhausts, or at least silencers, should carry the ‘BS AU 193a: 1990/T3’ mark. Anything marked ‘not for road use’ or ‘race use only’ is likely to get you into trouble with the law.

One final thing to consider is the size of your numberplate. Among certain quarters of the motorcycle fraternity, small number plates have an appeal. They certainly look neater and tidy up the rear end of some types of bikes, but very often they fall foul of the law. It’s not actually the size of the plate that the law specifies but the size and spacing of the letters and numbers themselves.

The full details are available online (search for the DVLA’s leaflet ‘INF104’ if you’re interested), but in short, and barring some exceptions for older machines, a motorcycle number plate’s characters must be 79mm high and 50mm wide (except ‘1’ and the letter ‘I’) and they need to have an 1mm spacing.

Whether or not you’re likely to end up in trouble with the law varies from police force to police force, but if you want to avoid any unwanted attention, it’s a good idea to make sure your number plate is the right size.

Rules of filtering on a motorcycle 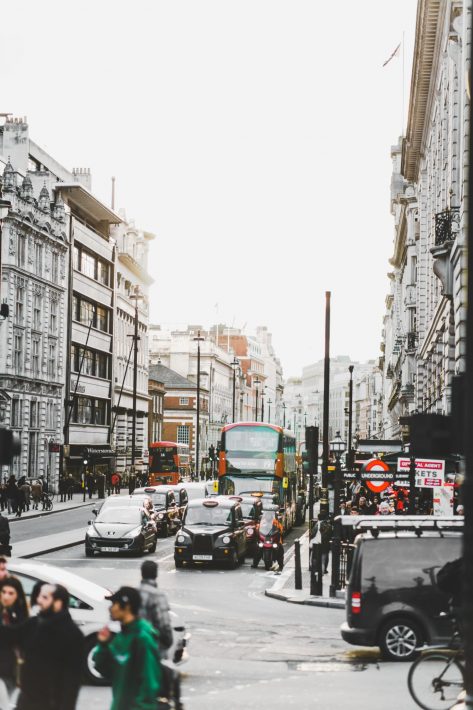 So assuming all that’s in order, what do you need to consider once you’re under way? As we said earlier, all the rules that apply to car drivers also apply to motorcyclists.

One of the main differences is that a bike’s significantly smaller size allows for greater flexibility with your position, which in turn allows you to put yourself in the place on the road to see and be seen, and to avoid things you don’t want to hit and to choose the best line through corners.

All of this is quite legal to do but make sure you’re changes of position are smooth, safe and done in good time – jerky zig-zagging from one side of your lane to the other will confuse and likely annoy other road users.

Another key difference for motorcyclists – and one that makes them so attractive to many riders in the first place – is the opportunity to filter through heavy traffic. Just to clarify: filtering is legal here in the UK.

The Highway Code, while not going into great detail, does specifically acknowledge and reference it, and in busy cities you’re as likely to see police motorcyclists filtering as you are commuters and couriers. But being legal doesn’t mean it’s safe.

You might be travelling more slowly than when you’re out on the open road but there’s much more going on and more potential for things to go wrong. Be aware of the cars you’re filtering past turning right as you pass them, and look out for cars, cyclists or pedestrians appearing from the gaps between the vehicles you’re passing.

You also need to obey traffic signs and road markings while filtering, so that means not crossing or stradling solid white lines on your side of the centre of the road, not entering hatched areas outlined by a solid white line and obeying ‘keep left’ signs and bollards.

That last one you’ll regularly see ignored by motorcyclists and cyclists in some cities, but it’s classed not only as ‘failure to comply with a traffic sign’ but also, possibly, ‘driving without due care and attention’, both of which could lead to points on your licence and a fine. So don’t do it.

While filtering is safe(ish) and well within the law at very low speeds, the risks and the legal ambiguities rise as you, and the surrounding traffic, speed up. At some point filtering becomes undertaking, and then you’re entering the ‘driving without due care and attention’ territory, if not ‘dangerous driving’, if you go crazy enough.

The trouble is, there’s no specific distinction in law between what’s legal and what’s not, so while you think you’re perfectly safe and in control filtering at 50mph between queues of motorway traffic doing 35-40mph, the copper who sees you doing it might not. As a rule of thumb, if it starts to feel a bit risky then you’re probably well into ‘illegal’ territory.

Can motorbikes use bus lanes/cycle lane?

This has always been a bit of grey area for motorcyclists if we’re allowed to use bus lanes and cycle lanes, however you MAY ride in some bus lanes, depending on town/city and only between certain hours. Your best bet is to read the signs on the road before you enter a bus lane, if you’re not sure then steer clear!

Cycle lanes are currently just for cyclists only, however there’s been lots of debates that cycle lanes should be opened to motorcyclists as well as we’re one of the most vulnerable road users.

Overtaking correctly on a motorcycle

Another opportunity for motorcyclists to flirt with legality is during regular overtaking, the opportunities for which arise much more frequently on a bike than they do in a car. Even relatively mundane middleweight motorcycles have the acceleration to despatch quick, safe and legal overtakes where the average car driver wouldn’t even consider trying, but you still need to have your wits about you and the same laws still apply.

That means obeying road markings, such as solid white lines, traffic signs and, of course, speed limits. All that is on top of being aware of all the potential hazards that might render the overtake dangerous. Don’t overtake near junctions – you might be so focussed on passing the car in front that you miss the fact they’re about to turn right into a side road just as you go to overtake.

Or a car might turn left out of that side road, putting you on a head-on collision course. Beware, too, of other bikes or cars coming past you as you’re about to overtake – especially if you’ve been hesitant about committing to a pass. 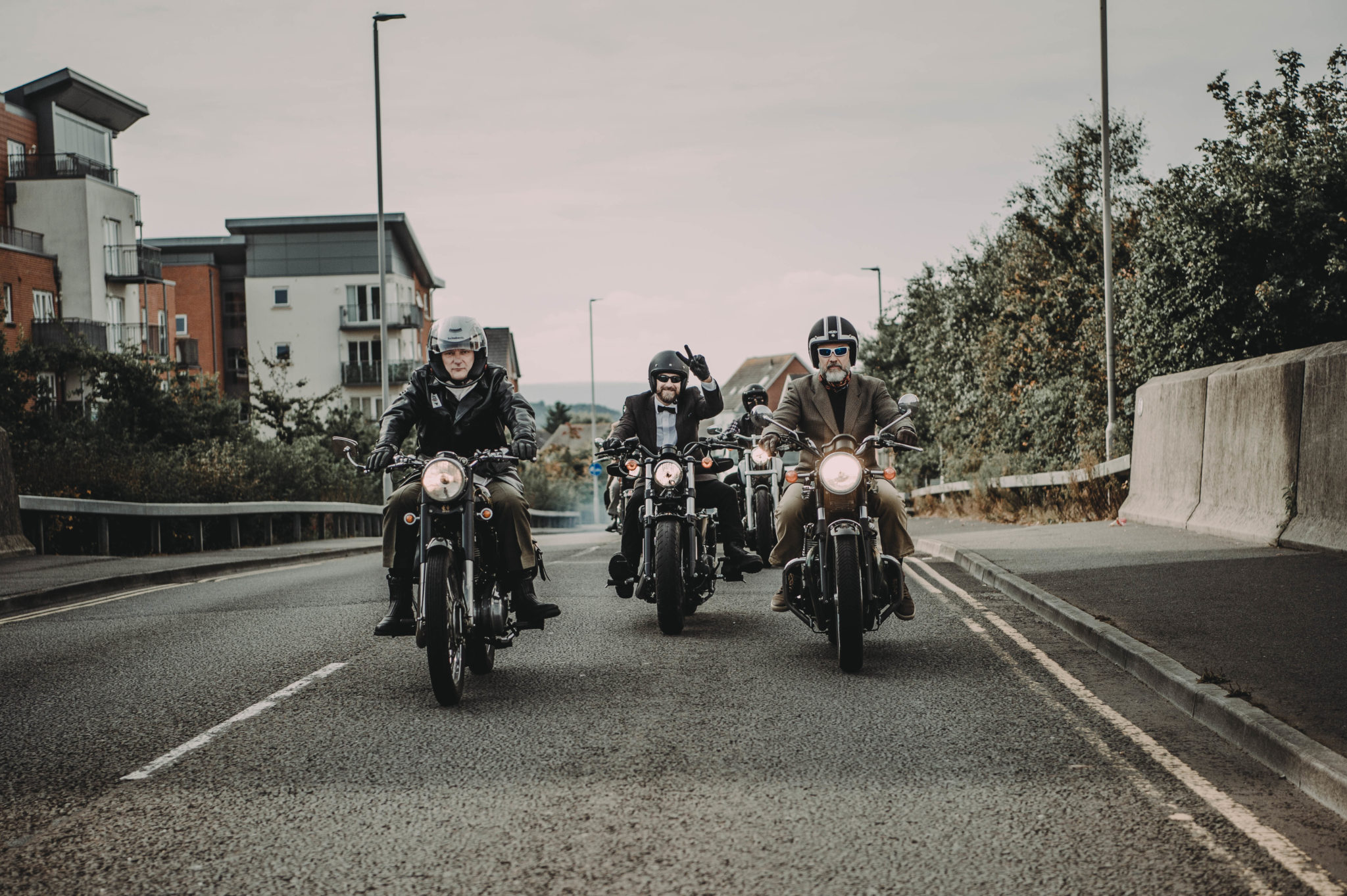 Finally, stunts, such as wheelies, stoppies and rolling burnouts. In case you had any nagging doubts, they will get you into all sorts of trouble with the law, so don’t do them on the public road unless you want to risk a ‘dangerous driving’ charge, a fine, lots of points and possibly a ban.

Unfortunately the police won’t appreciate the skill involved in perfecting and executing a near-vertical one-legged stand-up wheelie or a 100-metre rolling stoppie, so you’re going to have somewhere private to practise and show off your skills. Sorry about that.

Now we’ve polished up on our rules of the road, check out some do’s and don’ts to remember when riding…

"very easy and helpful pages to negotiate and straight forward..."