There were only minor issues with the old Versys motorbike, however, Kawasaki felt that the improvements should lead to a new bike – and the Versys 650 was born.

The engine vibration has been completely reduced and the bike itself has had a makeover, making the lines even sharper and making the general look of the bike even more impressive. The general riding experience is great if you intend on using the bike for intercity and town riding because it handles exceptionally well and its ability to turn tightly around corners is second to none.

It is a bike that allows you to have a lot of fun and it is an easy, tamed ride for beginners mainly due to the brilliant brakes. However, if you start pushing the Versys 650 to the upper speed limits, the suspension starts to slack.

Don’t let the 649cc, liquid-cooled, parallel twin engine fool you, it can really pack a punch and offers 64bhp that aids the bike in reaching top speeds of 125mph. The 8,400rpm is very respectable and it has a lovely amount of torque at 42lb.ft which makes it a great bike for cruising around the city.

Not only does the bike perform well, but its aesthetics scream quality leading to many riders feeling stunned that the Versys 650 is on the market for under £6000. The insurance for this bike is relatively low, making this bike a fantastic first bike for anyone. 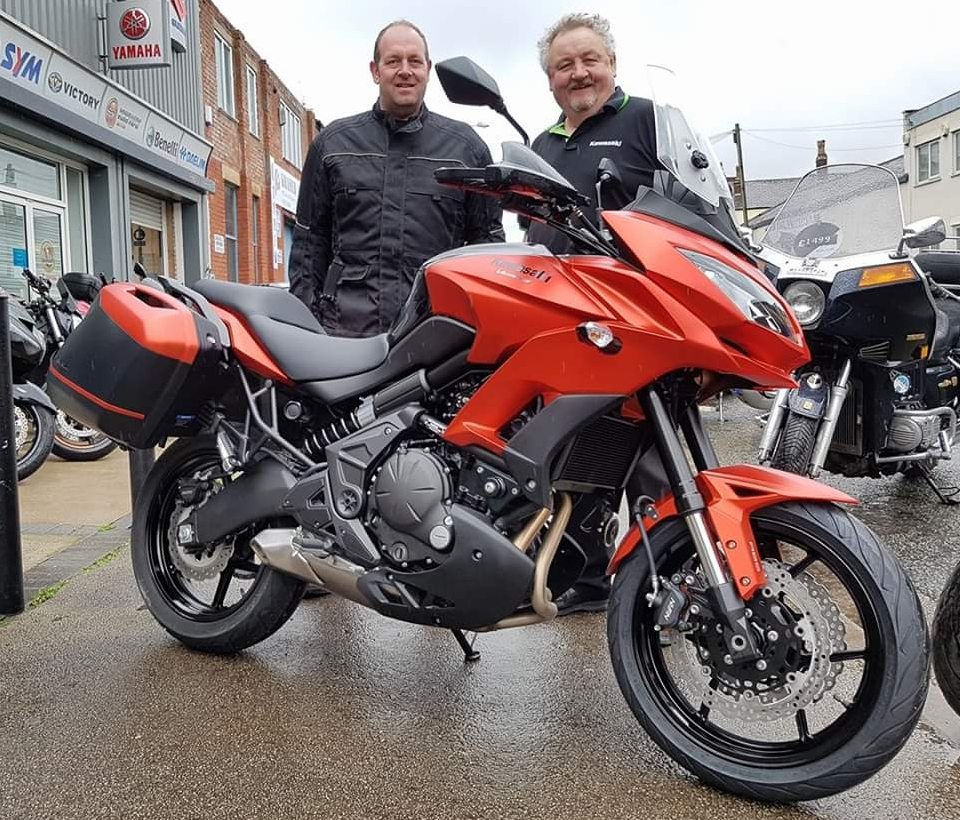 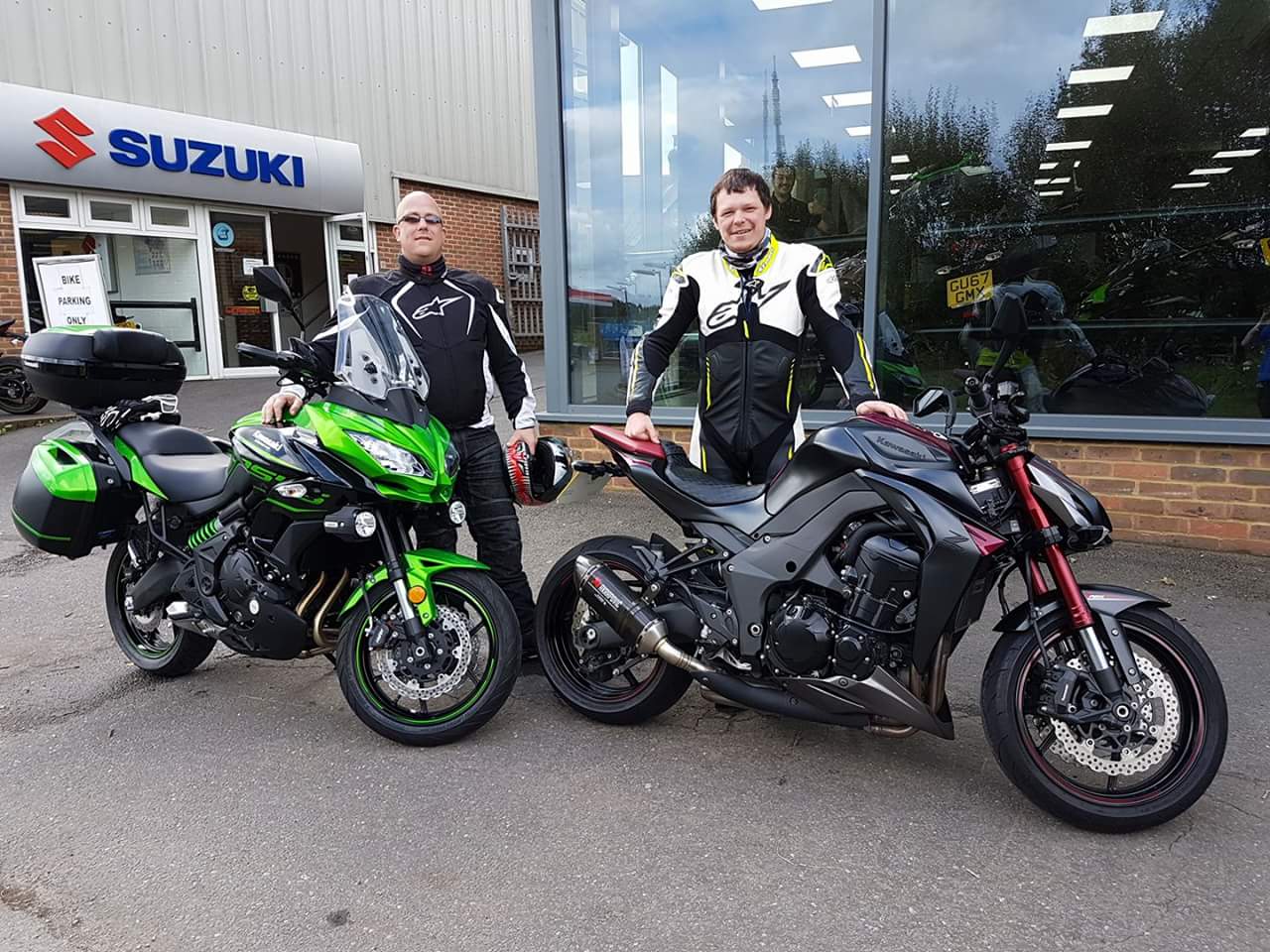 Adjustable screen needs to be more adjustable terrible buffeting at 70 for 6ft tall. Great bike for the money.

Great bike, really pleased I went for the Versys. Comfy for a short commute or a weekend tour. Looks are great.

Under seat storage would be good. Engine needs a little more power.

Corners well, great for negotiating traffic as lightweight and nimble

About what yo would expect from a 650 parallel twin. It is not going to blow you away but still very capable.

Under seat storage would be good.Engine needs a little more power.

Mine is new and not really tested in anger yet. Build quality looks good.

Brakes are great, really responsive and ABS is there when you need it (touch wood I haven't needed it yet)

Cheap to run. Easy to maintain. Looks good. Bomb proof bike that has tolerates not being adequately maintained

Could be slightly lower for me at 5'8"

This bike is 11 years old with all original parts after 43000 miles!! It just keeps going….

Stuart Taylor 5 out of 5 stars

Pros, My confidence has gone up whilst on this beauty. The ride is smooth and comphy. Shes very forgiving and not a thirsty girl.

Cons, bit more tourqe would be nice. The standard screen is way to short for anyone of size. I'm 5ft11

The versys handles beautifully. Gives you confedence In every corner. You can lean it right in as you would the ninja. My only downsides would be making sure your in the right gear for the job. Because if your not it's kangaroo time. And there is a small amount of vibration when your off the throttle.

The twin engine is from the 650 ninja. A beautiful and reliable engine. The gearbox is smooth. Not too much clunk when you change. You can pull off in second with ease, don't do it in third.

I use her 90% of the month. Work and fun. Costs about £30 A month. In a week including commuting i will do arount 150 miles. Which leaves me a quarter of the tank. So you would get around 200 miles on a full tank. Not be for the tourer market.

The versys is built well. After 1000 miles she holds up very well. With good quality brakes and a lovely light frame. The reliable twin engine still holds up today. The screen you get as standard is a little short for me (5ft11). But you can get good ones elsewhere.

I've had the unfortunate pleasure of having to brake hard on the versys. But I can say she stops and stops well. The front is spot on. Good abs helps. The back brake is more the slow manovering brake. Not bad to stop with. But I wouldn't rely on it.

Paul Hargreaves 5 out of 5 stars

From the moment I looked for a new bike I knew I wanted a verseys and I have not been dissatisfied. It’s comfortable and responsive.

I wouldn’t change a thing. It’s perfect for me.

Although on trying to move the bike it looks like it would be heavy and cumbersome once it’s in motion it’s responsive and very smooth. It corners well and I have no complaints.

I opted for the 650 as I commute to work and felt the bigger engine would be wasted on a 4 mile daily commute. The 650 is responsive and nippy, economical.

I would say that it is economical on fuel, as with anything it’s subjective to your riding style, any bike will guzzle fuel if you rag the pants off it. I’ve found it to be reasonable to insure, the tax is low and the maintenance costs are reasonable.

It’s never caused me a moments problem. I maintain it with regular services and other than the normal adjustments that you have to make (chain tightening etc) it’s extremely reliable.

It stops when I ask it to! Which let’s be honest is all you really want from your brakes. They are disc brakes and my model doesn’t have ABS, but I have no complaints.