1836: The founding of Devitt and Moore 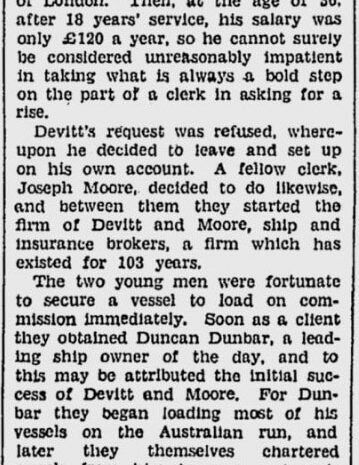 Thomas Henry Devitt, a junior clerk for shipping firm Buckle, Baxter & Co., near Fenchurch station, was 36 years old and earned £120.00 a year. Devitt and his co-worker Joseph Moore were both unhappy with their positions and earnings and as a result decided to begin their own business within the shipping industry. With this professional shipping and insurance brokers Devitt & Moore were born, establishing the name Devitt in the business industry.

Devitt & Moore were fast appointed as the main loading brokers for London’s leading ship-owner Duncan Dunbar. They were given responsibility for eleven of their ships whose course was set for Australia, this responsibility quickly expanded to the company being in charge of brokering 39 ships out of London in 1840. 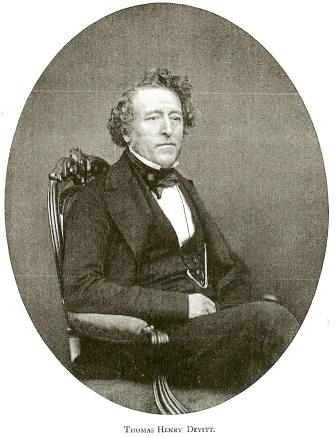 Thomas Henry Devitt dies in 1860 and as a result his son, Thomas Lane Devitt, then aged just 21 years old and Joseph Moore Jnr. became partners of the firm. 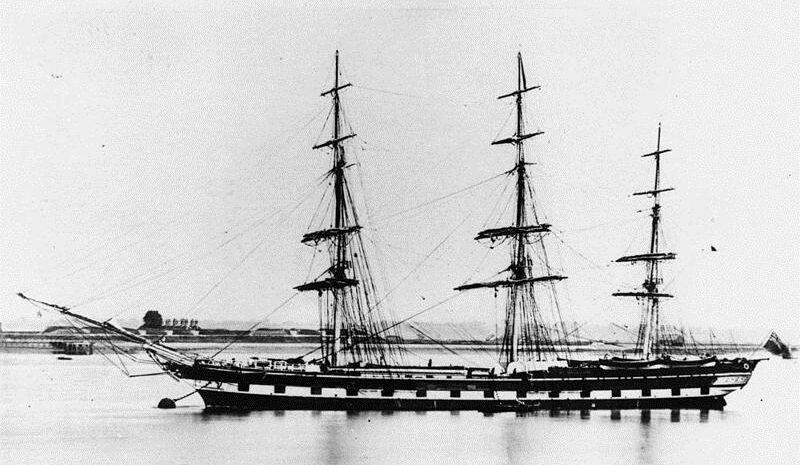 The Parramatta was kept as a passenger ship between London and Sydney for the next twenty two years.

Business quickly grew and Devitt & Moore soon became owners of a vast fleet of ships that became key traders between London and Australia. Devitt soon expanded his involvement within the shipping industry and built a name for himself as a key player in the shipping business. Particularly of note, Devitt contributed to the development and management of the famous Orient Line.

Whilst Sir Thomas Devitt continued his work within the shipping industry and explored the concept of cadet training for the Navy and Marines, his second son, Howson Foulger Devitt, began a partnership in insurance broking at Lloyd’s in London. 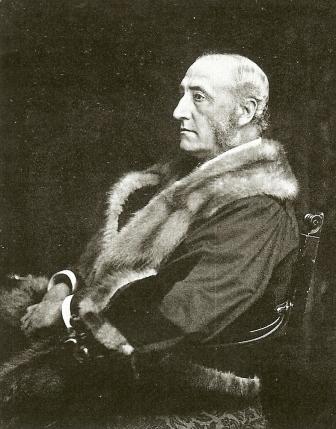 In 1916 Thomas Lane Devitt became the first Baronet with the surname Devitt, for his services to shipping, thanks to his involvement in Devitt & Moore, The Orient Line, F. Green & Co., Lloyd’s Register and an abundance of nautical charities, associations and institutes.

The brokerage firm expands to an office of 15 people including his two sons Howson Charles and Peter Kenneth. 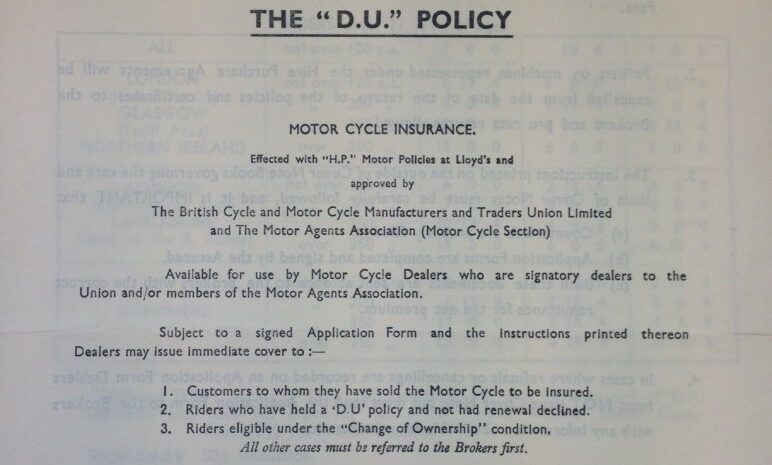 The Devitt “DU” motorcycle scheme was launched, an innovative idea to sell motorcycle insurance through motorcycle dealers at the request of the Motor Agents Association, specialised in schemes for the dealer. This allowed customers to ride their bike away from the dealer the very same day they bought the bike!  This scheme was launched in conjunction with “H.P.” Motor Policies at Lloyd’s.

1939: The partnership was incorporated

1955: An example of an Insurance Certificate and Additional Benefits on the 50’s 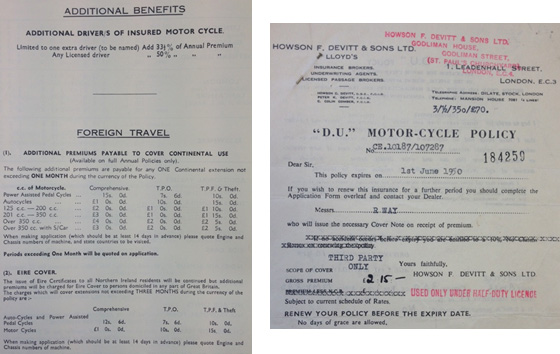 The ‘DA’, Dealers Association, made a big impact on the marketing campaigns for Devitt.

Devitt Langton & Dawnay Day Ltd was formed as a holding company for the Devitt broking interests. This meant a shareholding in Langton Underwriting Agencies at Lloyd’s and backed by Dawnay Day, a small merchant bank.

During 1976 Devitt celebrated its fortieth year of providing motorcycle insurance and being the leading company in this field. 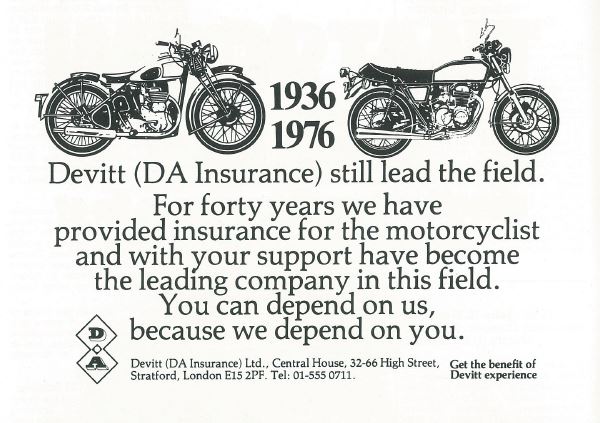 The holding company established in 1965 changing its name to Devitt Group Ltd, with the expansion of the Devitt broking operations, the sale of the Langton interests and the demise of Dawnay Day.

Devitt launched a scheme for the British Diabetic Association.

Devitt won the BMW scheme and it was launched. Devitt still proudly maintain this scheme today.

The Stratford office, in which Devitt were based, was leased to films scenes for The Bill. The staff were asked to appear in the police line-up.

RBS bought out Churchill group, which included Devitt, for £1.1billion.

The Keep Britain Biking site, home for British bikers to share and swap stories, tips and events, is given a much needed re-launch and redesign! 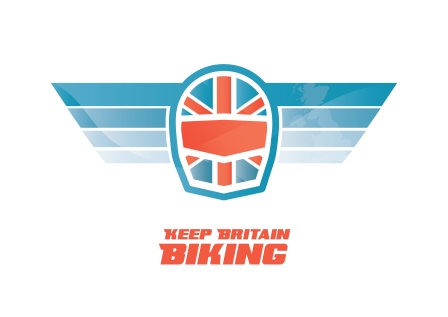 "Easy to use the website AND best price all"