The sun is still shining so why not make the most of these great biker events happening during August. We’ve got everything from festivals to motorcycle runs. Find out what’s happening near you now…

BSB heads to Thruxton for round 7 of the championship. The competition heats up as we approach the halfway point of the races, all eyes are on the Showdown now.

Can Shakey take the crown or will someone else beat him to the podium? 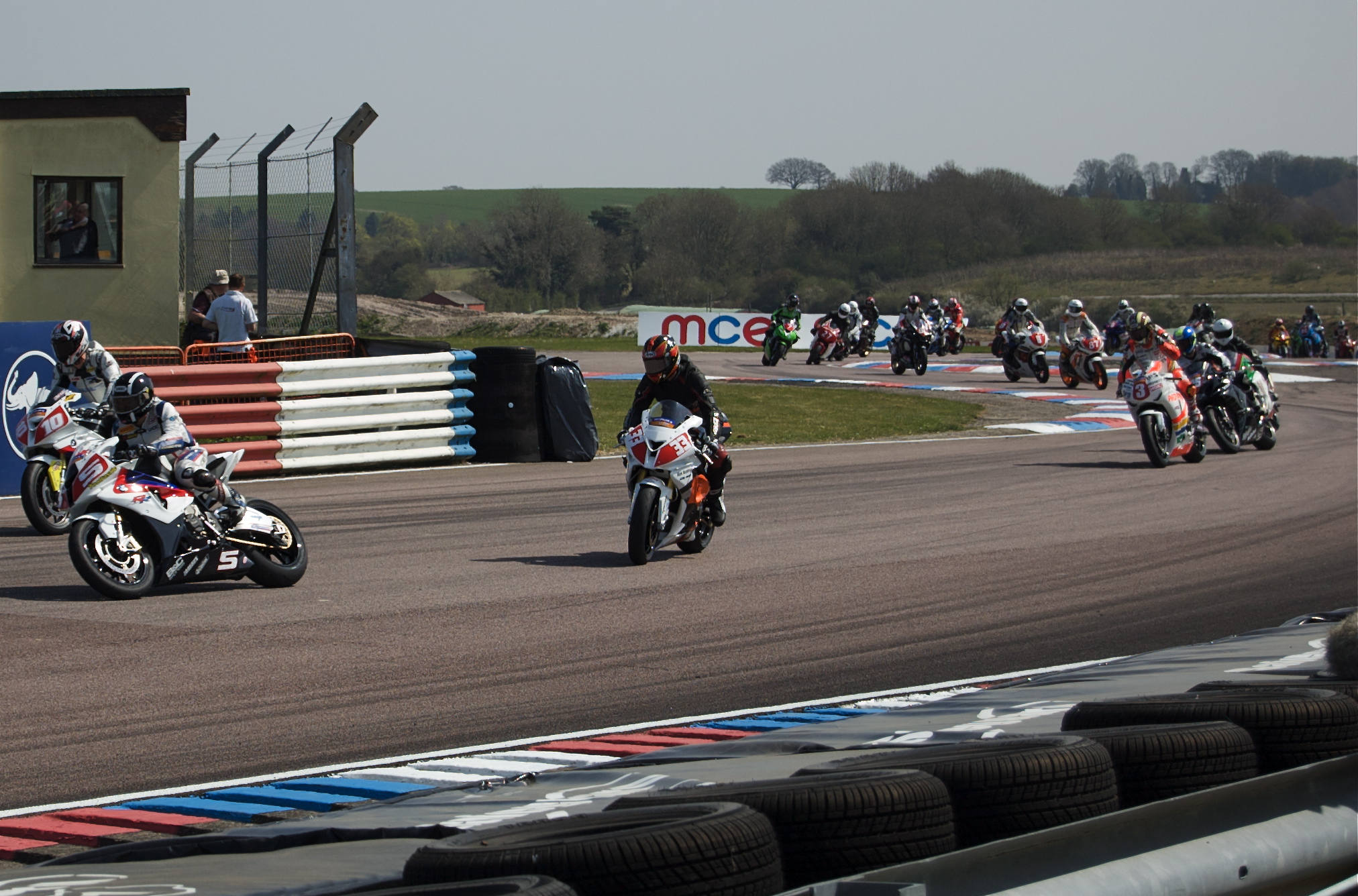 Back again for another year, Donington Classic Motorcycle Festival is not an event to miss! The weekend will feature over 50 races thanks to the Classic Racing Motorcycle Club plus parades, displays and even more.

World Superbike and BSB winner, Simon Crafar and Steve Parrish have been confirmed as star guests for the event. 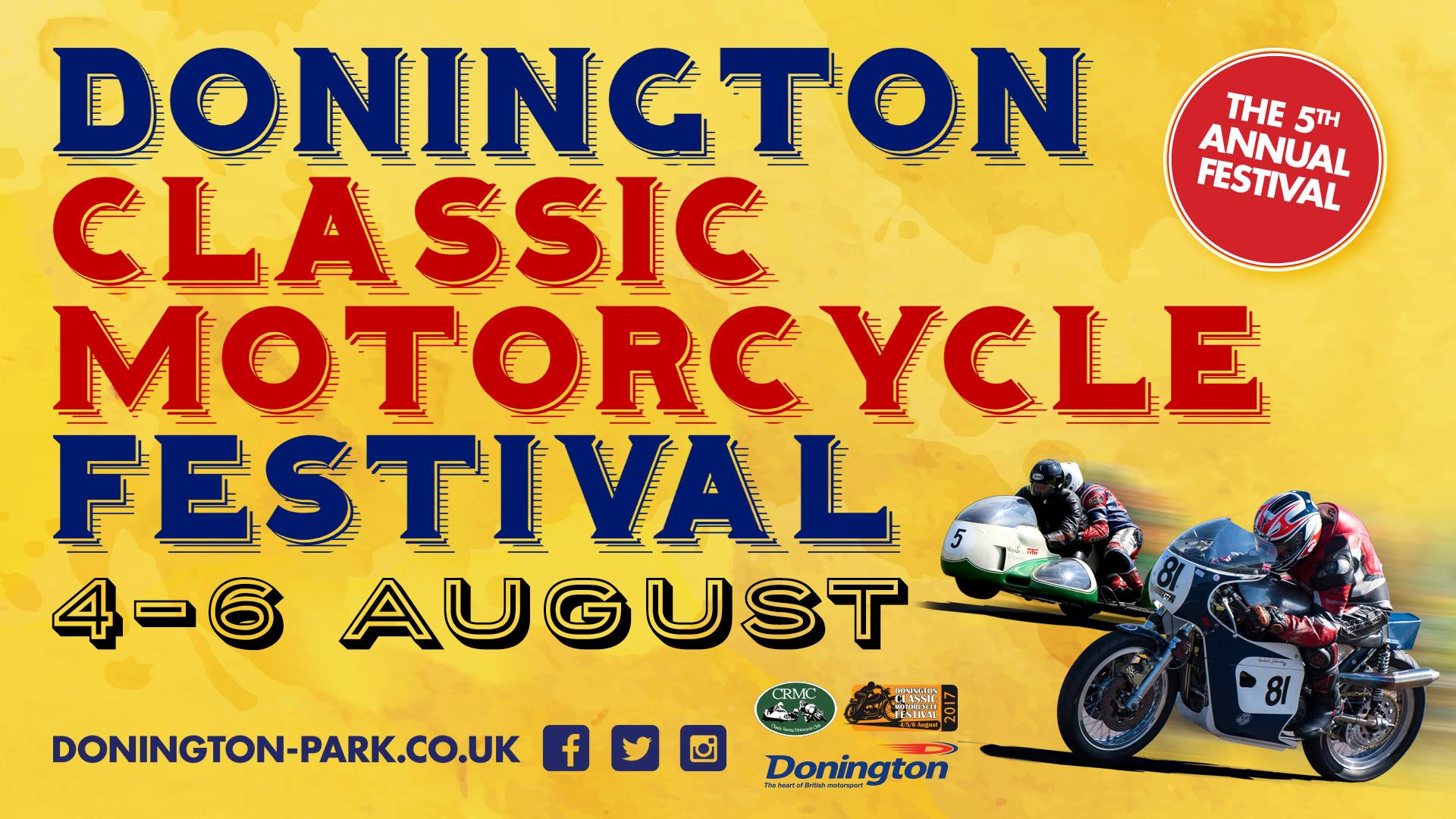 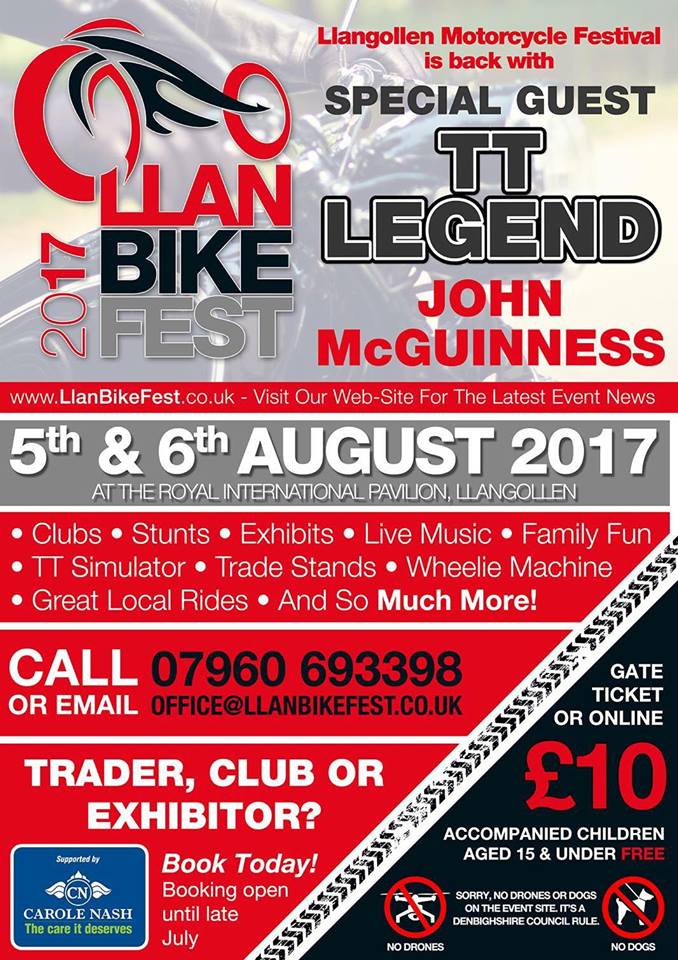 One of North Wales’ biggest biker events of the year, Llan Bike Fest might only be in its third year but it’s already built up quite a following!

TT sensation, John McGuinness will be making a guest appearance this year, along with a full Ducati and Triumph display, and a special Mike Hailwood tribute by his son, David.

There’s plenty of the whole family including theme park rides, food stands and loads more. Don’t forget to check out the ultimate wheelie machine too – can you take on the challenge?

The fun doesn’t stop there, the evenings will feature live bands and beer tents so book your tickets now to miss disappointment!

Dubbed the fastest road race in the world, Northern Ireland’s road will be shut for the great Ulster GP this August.

Watch the likes on Dean Harrison, Ivan Lintin and Michael Dunlop take on the 7.4 mile circuit and race for those podium places. 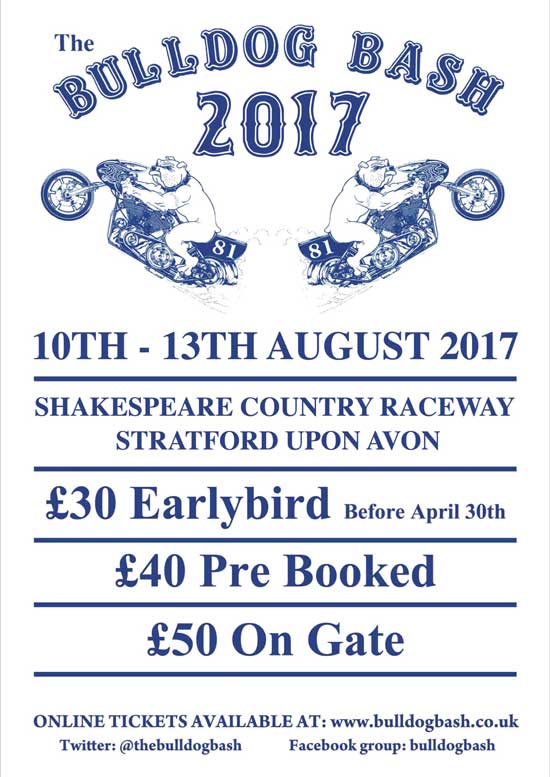 After seeing huge success last year, the Bulldog Bash is back for another weekend of bikes, entertainment and much more!

Here are just a few things you can look forward to seeing over the weekend at Bulldog Bash; pop up food stands, miles of stalls selling everything a biker needs and one epic bike show with the best bikes in the country on show.

The event also features the Wall of Death and the iconic Drag Strip, two things you don’t want to miss!

The evenings are based around live music and there’s also a large indoor bar on site too.

Based near Warwickshire? Be sure to check out The Bulldog Bash this month!

Live near Kent? Why not take a trip down and get involved with the great Bikes at the Bay 2017!

After kick starting the event back in 2015, it’s grown in success so much that it has been relocated just a few miles down the road at the Sandwich Showground, Kent.

This year promises to be even bigger and better than before with the 2 day event hosting a wide range activities from an iconic collection of race machinery with Barry Sheene’s 1976/77 championship winning bikes on display. You’ll also see lots of custom bikes on display, an arena for club bikes to be paraded, trade and retail stands and lots more family entertainment!

If you’re thinking about making a weekend of it, you can also camp on site from 12pm on Saturday for just £10. Evening entertainment includes live bands and a beer tent.

Find out more about the event now!

Since 2008, the town of Brackley have been hosting their very own motorcycle festival in their town centre, as the years have passed the festival has grown and grown in popularity.

The high street is shut for one day of the year to be filled with vintage bikes, stunt shows and much more. The event aims to raise money for the local air ambulance and blood bikers to supply them with vital funds needed to help bikers.

During the day there’s a custom village, Wall of Death, stunt show and much more.

Round 8 of the 2017 British Superbike Championship heads to Cadwell Park. With the final race in sight, the competition starts heating up and the Showdown Six becomes clearer.

Cadwell Park is known for the iconic Mountain with some of the best air leaps of all time happening right there! There’s a brilliant atmosphere on and off the track including club stands, food markets and much more. 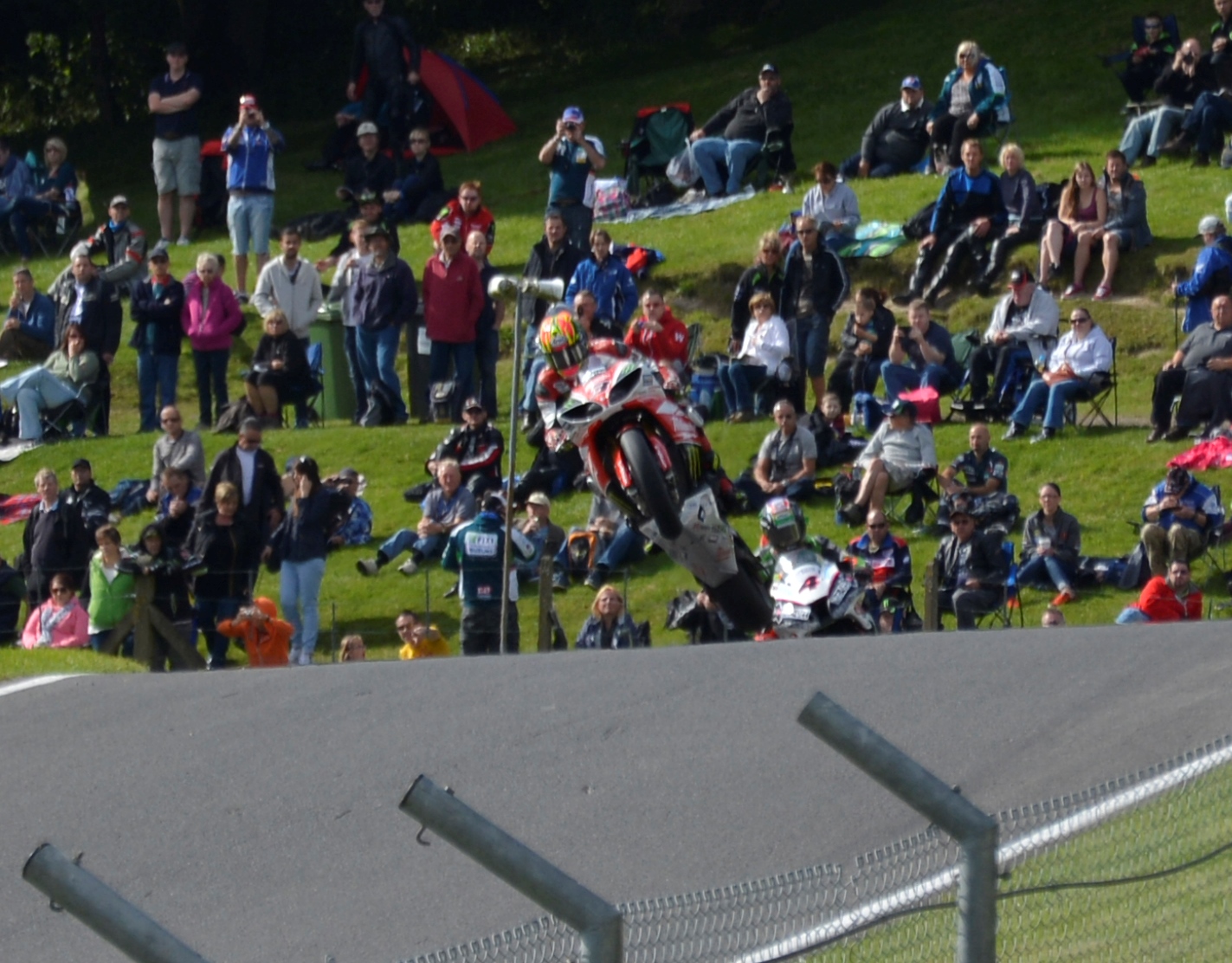 The iconic Mountain at Cadwell Park

Head to Rockingham Circuit for the iconic BikeSafe Show and Track Experience day this August. The day focuses on raising awareness on advanced motorcycling skills, as well as a brilliant track day experience and lots more.

Features of the show include police observed rides, demonstrations by Emergency Services, manufacturer demo rides and CSS track experience too.

The day is suitable for the whole family with trade stands, food stalls and much more on offer.

The event is free to attend although a small donation for the local air ambulance is appreciated.

Based in Scotland? Check out the 5th annual NESCBS at the Tarlair Fun Day. Located at 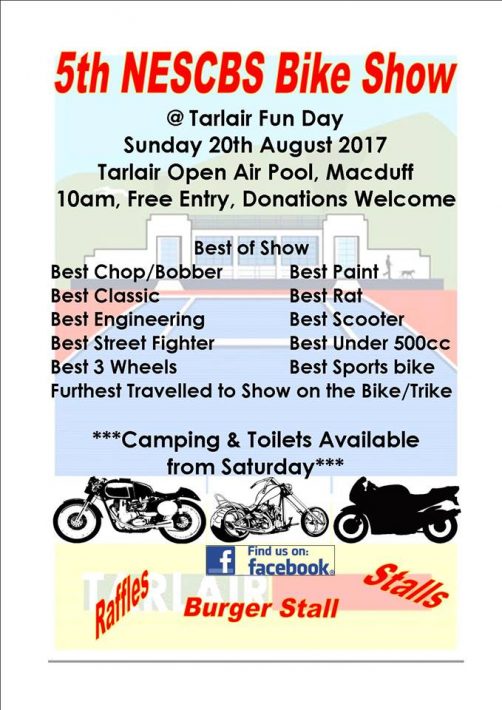 the Tarlair Open Air Pool, MacDuff this event is free to attend but donations are welcome.

There’s entertainment for all with raffles, pop up stalls and food available too. If you’re planning on making a weekend of it there’s also the option to camp with toilets on site.

Don’t forget to enter the competition too, you could win anything from Best of Show, Best Engineering or even Furthest Travelled to Show on the Bike/Trike!

Check out their official Facebook page for more information now.

We’re heading back to the Isle of Man for the Classic TT this August, the penultimate event on the road racing calendar for 2017.

With practice and racing over a 2 week period, there’s plenty of chance of capturing some of the action. Whilst the racing isn’t on, you can mingling in the paddock and meet the riders, or head out and check out the pop up market and food stalls. 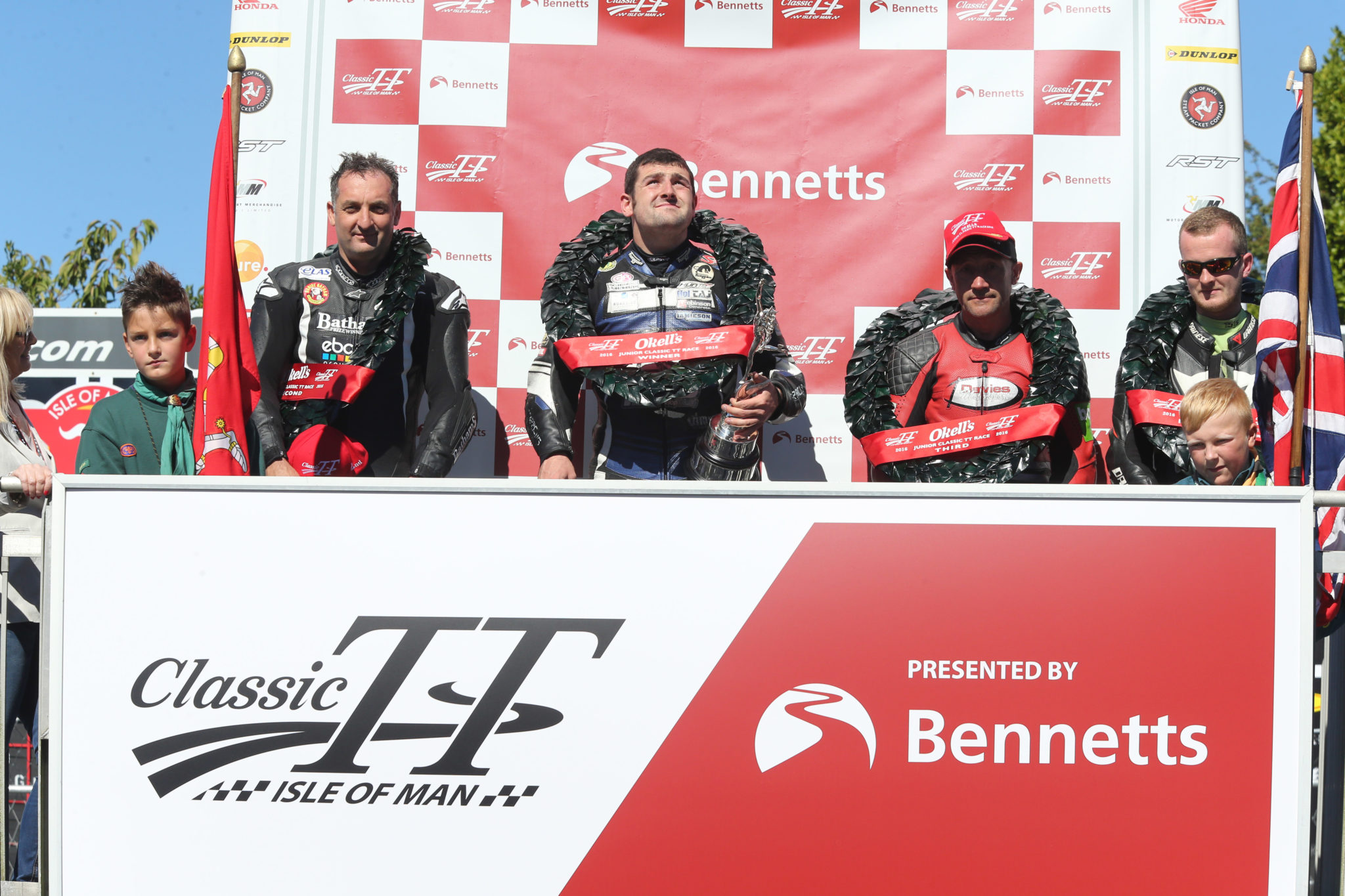 The MotoGP heads to Silverstone for the British round over the bank holiday weekend.

See the likes of Rossi, Crutchlow and Marquez race around one of the finest British circuits of all time. Not all the action is taking place on the track, you’ll also be able to enjoy plenty of family entertainment at the Grand Prix Village with live bands, family fairground and much more.

Bank Holiday Monday will host a Race Day Party after the racing is completed on Sunday evening.

There are still some tickets available so don’t miss out! 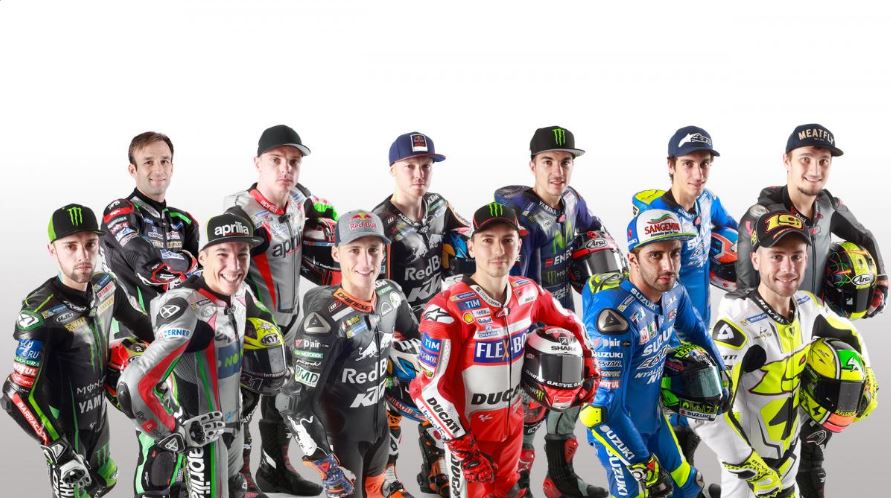 What biker events are you attending this month? Let us know and we’ll add them to our list!

Great as usual nothing in the North. The North being above Manchester