Cast your mind back to 1967, the year of the Diamond Jubilee, the organisers of the TT introduced the Production Machine race for three classes – 250, 500 and 750cc machines.

Frank Whiteway had just begun his racing career, and was taking on a whole host of road races on Crooks Suzuki motorcycles.

Devitt Insurance were about to sponsor their first ever motorcycle, the Suzuki T500 – ridden by Frank Whiteway.

Frank Whiteway was aboard the Devitt sponsored bike yet again, taking on the gruelling on-road track of the Manx Grand Prix.

With the bike being new to Whiteway, his first blast round the track was the evening practice session.

“Sadly, practice laps are unofficial and don’t make the record books but I wasn’t too bothered having shattered the lap record with average lap speed of 90.90mph, I was absolutely floating and enjoying every minute.”

Unsurprisingly race day arrived with high winds and rain forcing its way across the Island. Due to poor visibility, organisers cut the race down to just three laps. This caused problems for Whiteway and the Devitt machine as the fuel tank fitted wasn’t big enough to go the whole three laps.

The MMCC refused for any changes to be made and Whiteway took to the mountain course, forced to make a pit stop to refuel – subsequently taking second place to Brian Ball.

All was not lost, Whiteway stormed the 1968 Manx 250cc at record speed. 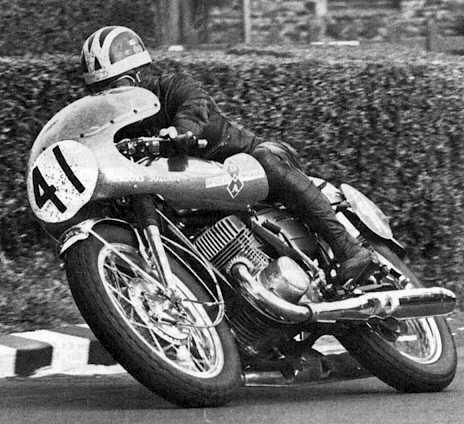 After an eventful year in 1969, seeing Frank Whiteway take on a similar Suzuki TR250 during the International TT races and flying from his bike during the 5th lap on the Governors Bridge hairpin bend.

Unhurt and embarrassed, Whiteway took 5th place at the TT despite his crash.

Frank recalls: ” I managed to slip past Bill Smith on the short run to Braddan Bridge and then got my head down on the 7-mile blast to Ballacraine.

“I was astonished to find the road behind completely empty when I took a quick glance over my shoulder as I approach a right-hander.

“For one awful moment I thought there must have been a big pile-up behind me and I was expecting to see a red flag any minute.”

Fortunately all was well for Whiteway and the GT500, with 5 trouble-free laps and a successful TT win by just over a minute.

With the high number of deaths during the 1970 TT, Frank decided to hang up his racing leathers once and for all 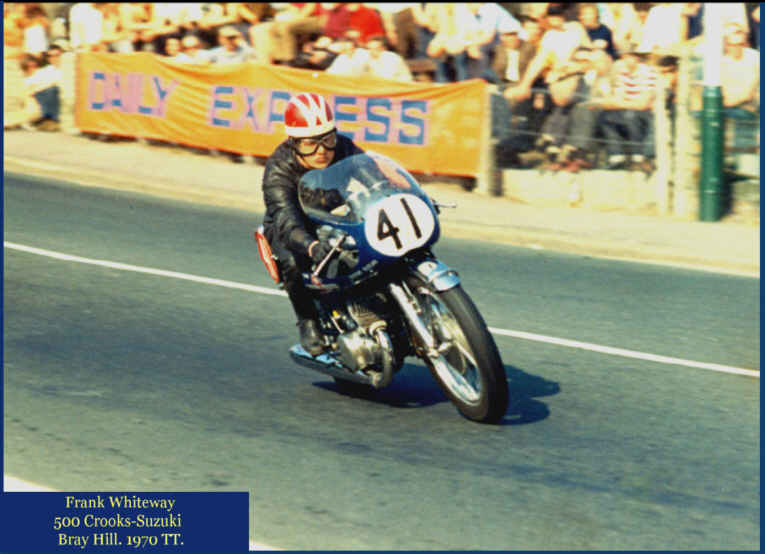 Restoration of the Suzuki T500:

The Suzuki T500, sponsored by Devitt, has been beautifully restored to its original 1970 condition and ready to race again.

The original machine lives in the Manx Motorcycle Museum on the Isle of Man on display and took part in the Suzuki Lap of Honour of the TT course in 2000.

A replica of the Suzuki T500 machine sits in the Devitt head office. 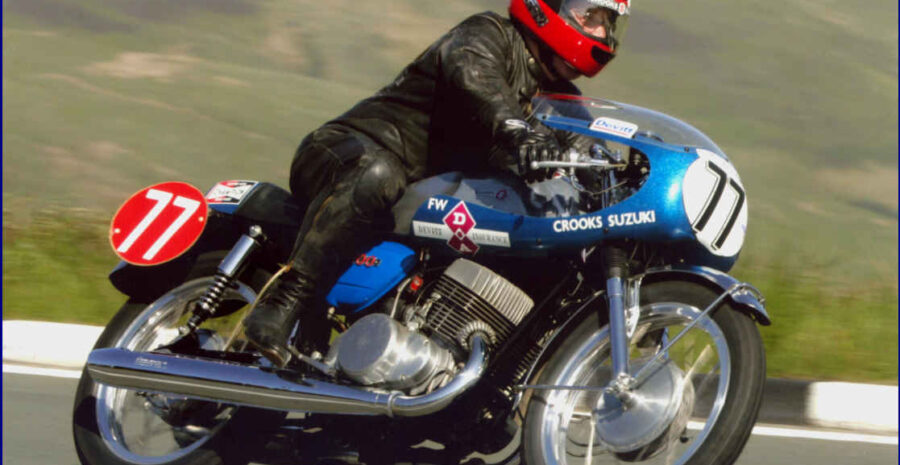 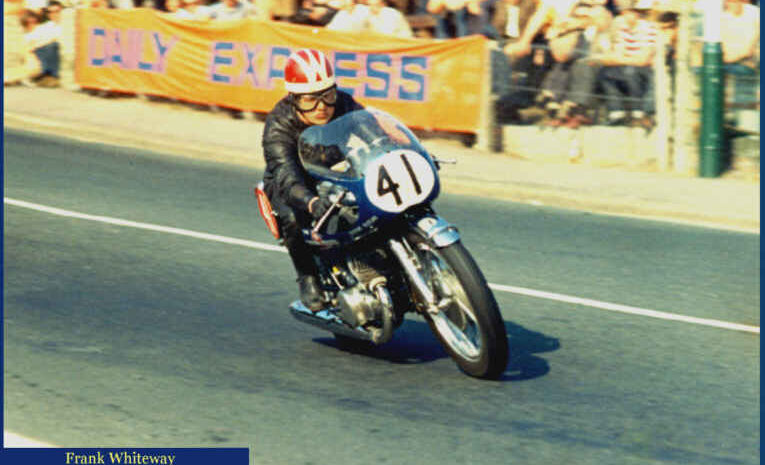 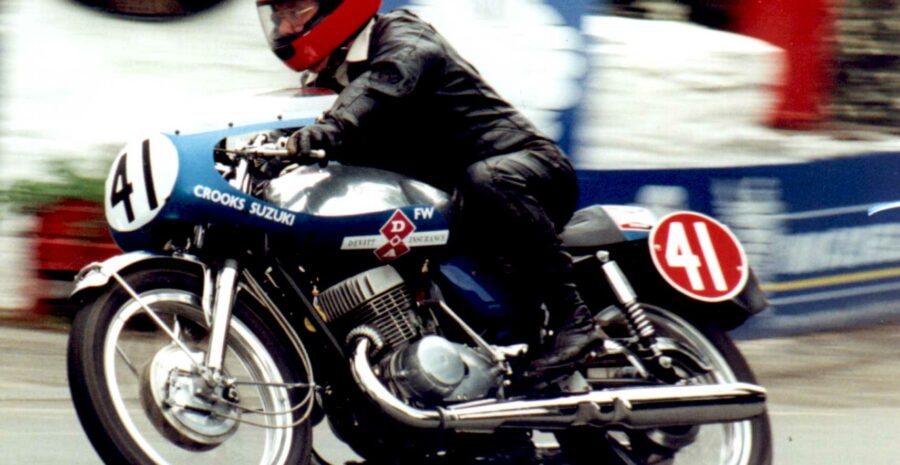